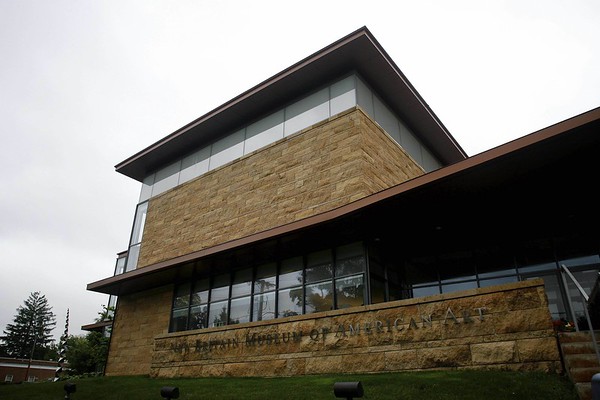 NEW BRITAIN - The New Britain Museum of American Art has announced that the Hartford-based band, the Savage Brothers, will be performing at its First Friday event for March.

All guests are welcome to enjoy the concert and stroll the museum’s art galleries from 5:30-8 p.m. on Friday, March 1.

With more than 5,000 performances, the Savage Brothers have been perfecting their “funkin’, rockin’ and rhythm” sound since the mid-1980s. In that time, they released two albums - one of which has sold more than 5,000 copies.

They have won numerous awards including “the Best of Hartford” from Hartford Magazine and have shared the stage with big names such as Joan Osborne, the Marshall Tucker Band, Jimmy Vaughan, Dickey Betts of the Allman Brothers, and John Cafferty, according to their website.

First Fridays are held monthly by the museum and offer a variety of ways for visitors to kick-start a weekend - from live music, to food sampling, to shopping .

The New Britain Museum of American Art is the first institution dedicated solely to acquiring American art. Spanning four centuries of American history, the museum’s permanent collection is renowned for is strengths in colonial portraiture, the Hudson River School, American Impressionism, the Ash Can School, as well as the important mural series The Arts of Life in America, by Thomas Hart Benton, according to the press release.

Admission is $7 for members and $12 for nonmembers. Admission includes entry to the museum’s galleries. A cash bar will be available.

Admission does not include access to The Beyond, according to the press release.

To learn more about events at the New Britain Museum of American Art, visit www.nbmaa.org .