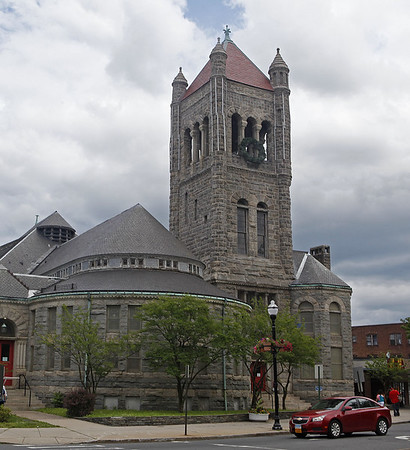 NEW BRITAIN - A New York nonprofit, Polish Filmmakers NYC, has organized a Polish Film Festival to be held at Trinity-On-Main this weekend.

The family-friendly event will have showings on Saturday, May 18 and on Sunday, May 19 at 69 Main St. A pass can be purchased for all the films for the price of $60 at the following locations: Polski Express Mass Media at 274 Broad St, Max-Mart at 104 Broad St and Everest at 213 Broad St.

If business is good enough this weekend, Polish Filmmakers NY said they will likely return to New Britain on an annual basis.

“We would like to make a connection with the people in Connecticut so we can see what we can do together in the future,” said Polish Filmmakers NYC President Agata Drogowska. “This festival will tell us if people are interested in this kind of project and we will also see what we can do better for future film festivals.”

Polish Filmmakers NYC is a non-profit organization established by Drogowska in 2012. Its goal is to promote Polish films in the United States. They do this by organizing screenings to create a cultural exchange between Polish film artists and American audiences. In the last seven years, the non-profit organized close to 500 film screenings in New York City.

Many of the films are dramas and documentaries, Drogowska said. All films will be in Polish with English subtitles.

The film lineup is as follows: