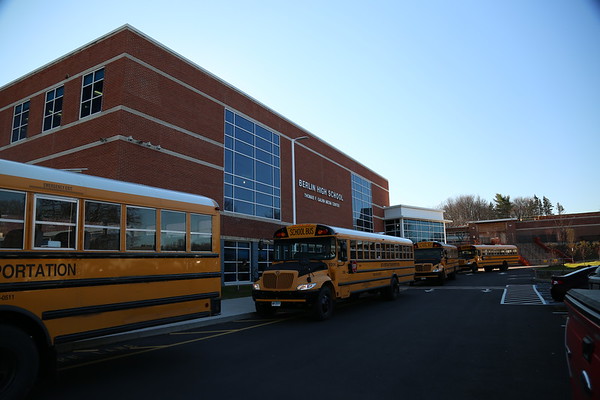 BERLIN -– The man shot by East Hartford police officers Thursday night during a domestic violence incident was a psychologist at Berlin High School.

John Carras, of East Hartford, was shot at his home on Skyline Drive, according to WFSB. The call for the incident came in to police around 6:30 p.m.

Also on the call, someone else is heard yelling “Hey, is everything all right?” The man then says “Yes, everything is fine, go away, it’s fine,” WFSB reported. He then lowers his voice and is heard whispering “die” and “you’re done.”

An officer is then heard screaming “Get off her!” and is yelling to dispatch to hurry the medics, according to WFSB. A struggle with officers followed and Carras was ultimately shot and killed by police.

The woman was listed in fair condition Friday afternoon, according to a Hartford Hospital spokesperson.

Police said the couple has two children who were home, WFSB reported. However, it’s not clear if the children witnessed anything. It’s also not yet clear how many shots were fired or if both responding officers discharged their weapons.

Grief counselors were at Berlin High School Friday, where Carras was a school psychologist for the past 11 years, according to a letter sent home to parents in the district.

The letter sent to parents by Berlin High School Principal Eileen Eustis said in part: “Some students, particularly those close to Mr. Carras, or those who have had their own losses, may be particularly affected by the news. Take time to listen to and talk to your child about what has happened.”

The female victim is an educator and was a Teacher of the Year. Her identity is being withheld by The Herald to protect her as a domestic violence victim.

A statement from Windham State’s Attorney Anne F. Mahoney said her office has been assigned to investigate the matter and the Connecticut State Police Eastern District Major Crime squad is assisting.

Neither the officers involved nor the police cars were equipped with body cameras or cruiser camera recordings, Mahoney said in her statement.

Carras was very professional and in good standing with the district, with good attendance, Superintendent of Schools Brian Benigni said. Nothing of concern with his behavior was noticed by administrators and colleagues of his, Benigni added.

Charles Paullin can be reached at 860-801-5074 or cpaullin@centralctcommmunications.com.