Children get a first course in fire safety at Berlin library 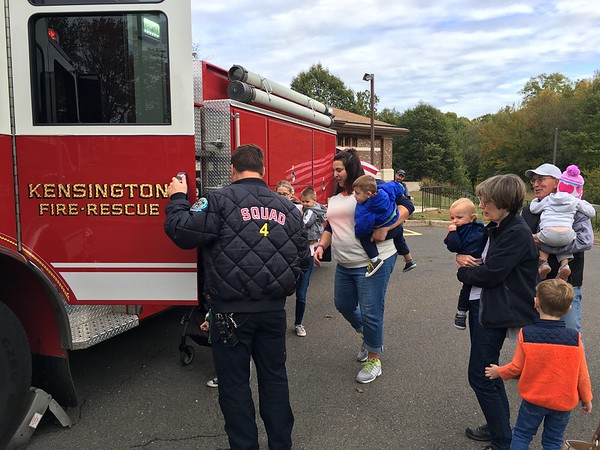 Photo taken by Adam Hushin | Children got up close and personal with a Kensington fire truck at the Berlin-Peck Memorial Library's "Touch a Truck" event, part of Fire Safety Week. Buy this photo

Photo taken by Adam Hushin | Elley Dignazio-Drost, 3, poses for a photo inside a Kensington fire truck at the Berlin-Peck Memorial Library's "Touch a Truck" event. Buy this photo

Photo taken by Adam Hushin | Children got up close and personal with a Kensington fire truck at the Berlin-Peck Memorial Library's "Touch a Truck" event, part of Fire Safety Week. Buy this photo 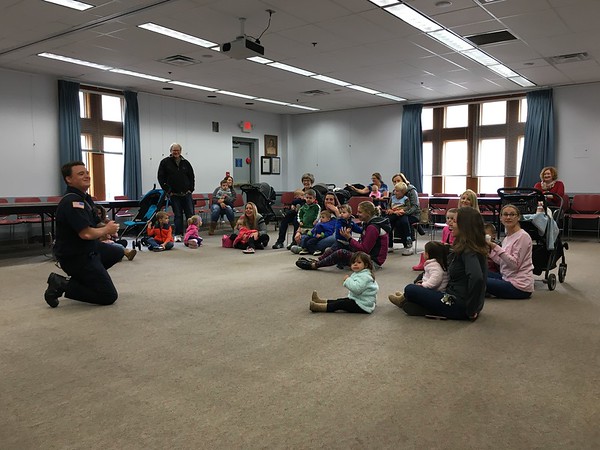 BERLIN- Some children obeyed the command from Kensington Fire Chief Jeff Pajor to form an organized line, but others couldn’t contain their excitement at the chance to get up close to a fire truck.

The eager youngsters got a chance to see, touch and even explore the inside of a fire truck at Berlin-Peck Memorial Library Thursday morning.

The event was part of Fire Safety Week, a week dedicated to educating children about fire prevention and fire safety practices.

In addition to Thursday’s event, the Kensington Fire-Rescue made appearances at all the Berlin elementary schools throughout the week, as well as some pre-schools, in an effort to start ingraining information about fire safety at an early age, Pajor said.

“Going to the schools is important to us,” Pajor said.

This is the third year in a row that the Touch a Truck event at the library has been held. It is also the third attempt at holding the event this year, as the first two dates during the summer were cancelled due to bad weather.

Jennifer Needham, head of children and teen services at the library, was thankful that the weather held out this time, and thankful for the fire department as well.

“It’s really nice of these guys to do this,” Needham said. “And the kids love it.”

Elley Diagnazio-Drost, 3, confirmed this statement, saying she had fun.

“We hear the noise of the trucks from the house,” Elley said. She went on to say that she liked her experience seeing and touching the truck much more than hearing them.

The event also featured a brief lesson on fire safety basics including a “stop, drop, and roll” demonstration.

For a full list of upcoming events at the Berlin-Peck Memorial Library, visit their website at www.berlinpeck.org .

The library will be closed on Monday, Oct. 14, for Columbus Day.