Photo taken by Adam Hushin | Scene at the Berlin VFW post polling location at around 4:30 p.m. on Tuesday. Buy this photo 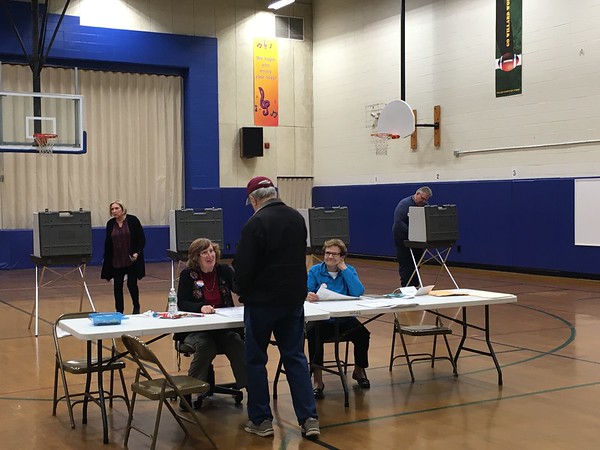 Photo taken by Adam Hushin | Scene at the Willard Elementary School polling location at around 4 p.m. on Tuesday. Buy this photo

BERLIN- Voters in town may have noticed that options were sparse for the non-mayoral elections when they filled out their ballots.

With councilman Alex Giannone choosing not to run for re-election and councilwoman Karen Pagliaro choosing to instead run for Mayor, the Town Council only had six candidates on the ballot to fill six positions. In short, everyone running for a spot got it regardless of voting results.

Brenden Luddy, Peter Rosso, JoAnn Angelico-Stetson and Charles Paonessa all retained their seats while Republican Donna Veach and Mike Urrunaga will both begin their first term on the Town Council.

The situation was the same for the Board of Finance with Mark Holmes and John Richards retaining their seats and Republican Tim Grady grabbing the open spot left by Kevin Guite who chose not to run for re-election.

The nonpartisan Board of Education section of the ballot allowed voters to choose up to three candidates. However, only two names were available.

President Matthew Tenzca and Jaymee Miller retained their spots on the Board of Education.

The Board of Assessment Appeals and the Police Commission were the only slates other than the mayoral race where one candidate lost out.

In both cases, the three candidates running for re-election won and the Republican majorities were maintained.

For the Board of Assessment Appeals, Paul Argazzi and Christine Fairwood won while Democrat Andrew Legnani lost.

“I think the vote itself showed confidence from the citizens of Berlin in the progress we’ve brought, and we hope to continue moving forward,” Coppola said.