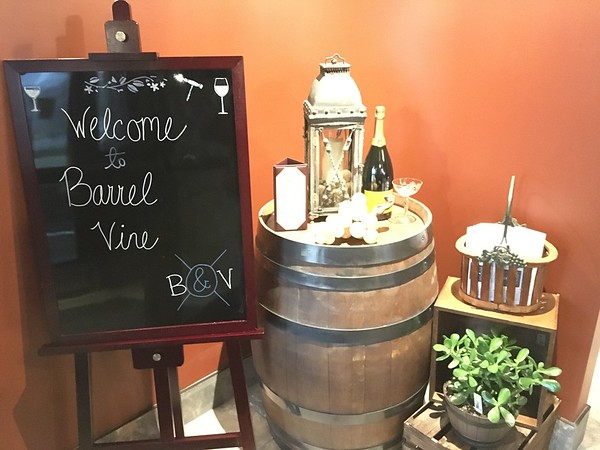 The new upscale casual dining venue at 1861 Berlin Turnpike had a soft opening this week to work out the kinks before holding a grand opening, owner and chef Glen Davis said.

Tuesday night, the new restaurant hosted a celebration for all the contractors and employees involved in the lengthy process of opening.

The building formerly housed Centerfold’s, a strip club that shut down in January 2018 after being penalized for a series of ordinance violations.

Davis has been in the business for 35 years, so this is not his first time going through this, but it never comes without its challenges, he said.

“You have to develop your own rhythm and way of doing things,” Davis said.

Davis was once head chef at the neighboring Pure Pizza, and has owned and operated several successful restaurants in Fairfield County since the mid-’90s.

After taking a few years off to raise his family, Davis is getting back into the restaurant business.

Another reason this project took some time is that it included an almost entire rebuild on the inside.

This includes new floors, ceilings, plumbing and bathrooms. From a construction point of view, this was already a daunting task, but a more than 50 percent interior rebuild also includes more requirements from the state.

“There’s a lot of steps you have to take,” Davis said. “One contractor may have to finish his work before another can start, things like that.”

Davis said that did not stop them from taking extra time to make sure everything was done right.

“We didn’t do anything fly by night here, everything was very well thought out,” Davis said.

Now the final steps of tying everything together are playing out, and Davis feels a mix of excitement, stress and many other emotions.

“When you open a new restaurant, you experience all those things,” Davis said. “We’re encouraged; we’ve gotten a lot of positive feedback.”

“We’re moving forward. We have no doubts for success.” Szadav said.

There is no set date for a grand opening, but Davis said they anticipate it to happen sometime next week.

Barrel & Vine Bistro & Bar will be open seven days a week for lunch and dinner and will feature a balance of lunch and dinner staples, and specials that Davis has found success with for decades.

The menu will also include seasonal items that change throughout the year. Those include craft beers and cocktails, and will feature ingredients from local sources.

For the latest updates and information on Barrel & Vine Bistro & Bar, visit its Facebook page or its website at www.barrelvinebistro.com .

Adam Hushin can be reached at 860-801-5046 or at ahushin@centralctcommunications.com.