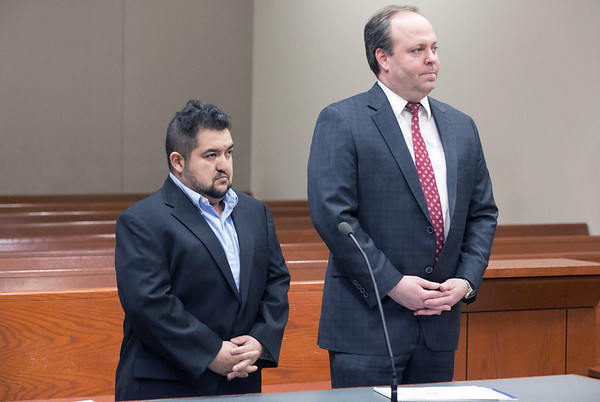 NEW BRITAIN – Emanuel Story, the son of the owner of New Britain-based Story Bothers Inc., pleaded not guilty in New Britain Superior Court Friday to the charge of evading responsibility resulting in death in connection with a fatal hit and run accident on New Britain Road in October.

He was released from custody on $100,000 bond and is due back in court March 20. He is represented by attorney Jeremy Donnelly, who declined to comment on the case after the court appearance.

Story faces up to 20 years in prison, with a 2-year mandatory minimum, if found guilty of the charge, state prosecutor Brett Salfia told The Herald after the court appearance. The evading responsibility death charge is more serious than negligent homicide and the appropriate charge based on the evidence, Salafia said.

Story, 31, was arrested Jan. 4, in connection with the accident that resulted in the death of Janine Wiktor, 58, of New Britain.

Around 10:40 p.m. on Oct. 16, Berlin police received a call about a “road hazard” in the area of 319 New Britain Road, near the Prentice Place Condominiums. Police arrived on the scene and found Wiktor had been struck by a vehicle and fatally injured, according to a police press release. There were no vehicles at the scene.

Known by police to be homeless and frequently seen pushing belongings in a shopping cart, Wiktor was found with her upper body wrapped in a black plastic garbage bag used as an apparent makeshift raincoat and her lower body was found wrapped in a gray garbage bag. A damaged shopping cart and one left shoe were also found in the area.

The following week, police released a photo from surveillance footage at the McDonald’s at 185 New Britain Road, that included a red pickup truck, they believed was involved in the accident. The night of that release, police received a tip from a citizen, who wished to remain anonymous, who said that “Manny Story,” an employee of Story Brothers Inc., could be responsible for the collision after playing in a dart league at a local restaurant, according to the warrant.

Police went to the Story Brothers auto body shop at 84 Burritt St. in New Britain the next day and observed through a chain link fence a red pickup truck matching the description of the one seen in the video surveillance footage.

Police obtained a search and seizure warrant for the truck and for plastic pieces found in the broken grille. A boot found wedged between the running board and frame of the truck’s undercarriage was also found, the warrant stated. The plastic pieces were matched in color and texture to the bags worn by Wiktor and the shoe was a match with the one found at the scene, the warrant stated. The truck had damage consistent with a car-pedestrian collision.

According to the warrant, which is redacted in places, someone at the shop told police “Manny” said he had struck a deer the night of the accident.

The same person also told police the truck was owned by the business.

Inside the truck were a new grille and headlight assembly, which had stickers indicating they were bought the day after the accident.

Police confirmed that the dart league was held the night of the accident and Emanuel Story was present. Police found a receipt at the restaurant for a credit card in the name of Story.

Police attempted to speak with Story but his attorney told police his client would not be interviewed.

Deputy Berlin Police Chief Chris Ciuci said the investigation took nearly three months because police were following up on investigative leads and waiting for reports from the medical examiner’s office.

According to the warrant, police received a report from the Office of the Chief Medical Examiner on Dec. 31 stating the cause of death for Wiktor was “blunt impact injuries of the head, neck, torso and extremities” and the manner of death was “accident (pedestrian struck by motor vehicle).”