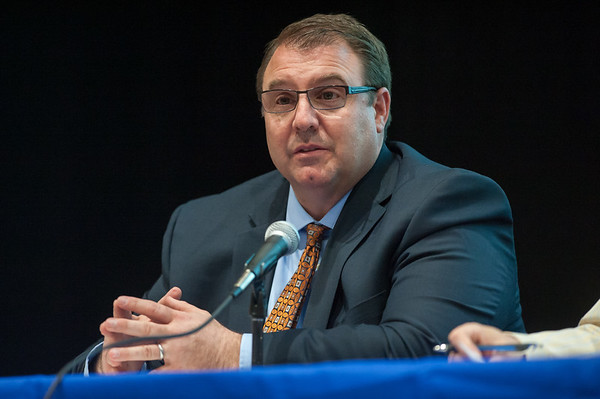 Local schools are keeping student attendance figures steady as educators continue to push for safety, consistency and accessibility for both virtual and in person classrooms.

“Our biggest push here was safety first, then continuity and instruction, so we’ve been able to be in school every day since the beginning, which is a lot different from other districts,” said Brian Benigni, superintendent of Berlin Schools.

“We have our elementary students who have been full time in person since the beginning of the school year,” said Benigni, who stated they have not had to go remote other than the weeks they chose to go remote, including Thanksgiving break, December holiday break and then they will go remote after the spring break in April.

“That was our choice just to give a longer quarantine period,” Benigni said. “On the days they’re not in school, they’re doing remote through a Zoom system which has worked out very well.”

Parents have the option to choose and staff attendance has also been excellent, he said. “We haven’t had any students dropping out. Obviously the remote is difficult for a lot of students because of the social aspect of it, but I have not had a great deal of issues. We not only purchased what was required by the state, we purchased what was recommended to us, so we have all the dividers in the elementary classrooms, the cafeteria; the social distancing has been great.”

In New Britain, out of the roughly 10,000 students within the district, about 9,680 students are currently attending classes, which is on par with a “regular” year, according to Sondra Sanford, partnership coordinator for New Britain Schools.

“We’ve made great enhancements with our technology infrastructure since the shutdown and our teachers and staff have been amazing,” she said. “But we recognize that the work continues and we are always striving to do better.”

When the fall semester started, the district faced a sluggish start due to the process of bridging the digital divide and getting everyone use to the various cohort schedules and learning models. The district is currently operating under the hybrid platform, with two cohorts on the two days in, one day out, and two days in model.

Jeff Prokop, chief information officer for New Britain Schools, said the long process of getting devices to each student played a role at the beginning of the school year. Since September, student attendance figures continued to rise and remain steady at about 96% plus, with every student having a computer device.

Running Google Classroom data on a weekly basis, Prokop said when he runs a regular week stretch, they consistently hit the over 90% attendance rate range, which is a huge difference compared to last spring.

“We were struggling to get to that range and took much longer stretches to get close to that number,” he said. “Naturally, 100% attendance rate would be what we’re targeting. But the data coming back speaks volumes to the work at all levels that is going to transform the district’s technology infrastructure.”

For the September-to-March time frame, 68 students opted out for homeschooling. There was a struggle in the fall for pre-kindergarten enrollments due to the pandemic. But as the year progresses, Prokop said the enrollment numbers are trending higher.

“I think that between a mix of getting devices and parents seeing that safety protocols are being followed, together that helped them become more comfortable to be in a classroom,” he said.

As of Oct. 1, 2020, the number of students enrolled in Bristol public schools is 7,780, compared to 8,022 for 2019-20, excluding students who attend out of district magnet schools. Those attendance figures can fluctuate from year to year.

According to information from the district’s human resource office, a number of students remain in Cooperative Virtual Learning, which refers to parents and guardians who prefer that their children remain in at home learning during the pandemic, even as all grades have returned to in person learning as of March 8.

In person learning means they are in the school building four days a week, with Wednesdays continuing as virtual learning days to allow for school cleaning. The percentage of cooperative virtual learning varies by school.