Berlin library director retires after decade in town, over 40 years in state libraries 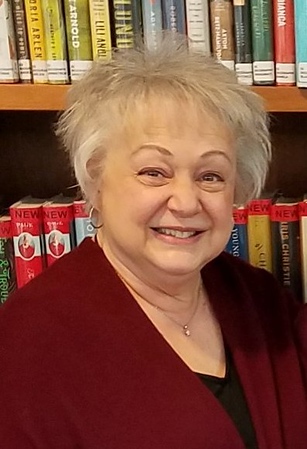 BERLIN – The Berlin-Peck Memorial Library wished a bittersweet goodbye to its chief leader this month.

Library Director Helen Malinka retired April 1 following a long career in Connecticut libraries, tracing back to the late 1970s. Looking back over the years in a conversation with the Herald this week, Malinka talked money, covid-19 and of course, books.

“The greatest thing a director can have is a willing staff,” she said, grateful for the team in Berlin who helped execute her vision even through the last year of a pandemic.

Berlin’s library reopened to patrons last August, providing both in-person, curbside and virtual services following every safety precaution. Malinka credited her staff with making this possible while other libraries have remained closed, adding that her successor will be lucky to join such a team..

“From custodians all the way up to the town manager they’re professional and hardworking,” she said.

Head of Adult Services Carrie Tyszka is acting library director while the town works to fill the position. The job posting came down at the end of March and interviews will begin this month, according to Tyszka.

“We’re very sad to see her go,” she said of Malinka. “We’re really going to miss her, but she’s done a lot of great things for our library and was really looking forward to retirement.”

During her 10-plus years in Berlin, Malinka led efforts to secure a number of grants for library improvements, including the installation of an elevator connecting the facility with the Berlin Community Center.

Another grant award funded a social worker, providing a unique service in the library for a period of time. Most recently, Malinka applied for and received funding to institute a Memory Café at the library. This program was postponed due to the pandemic, but staff used some of the funds to create memory kits for dementia caregivers.

The Berlin-Peck Library became the town’s only passport acceptance facility a few years ago under Malinka’s leadership and now provides notary service as well.

After graduating from college with a Masters in Library Sciences, Malinka took an internship at the Fairfield Public Library. She went on to become director of Children’s Services at the Lucy Robbins Welles Library in Newington in 1977. Besides an extended maternity leave she worked there up until 2010, when she left to begin her post in Berlin.

When asked about her love of reading, Malinka admitted she actually has a lot of loves.

“I love community theatre, I always loved to dance…my reading came mostly in the car,” she explained. “I had a half-hour commute to work, so I listened to audio books.”

She reads a lot of non-fiction at home, and currently has a stack of books waiting.

In a letter to library patrons, volunteers and staff late March, Malinka urged them to support the budget this spring.

“Only 1.26% of municipal revenue goes to support the library,” she wrote. “All the wonderful services you can receive here are most certainly worth that and more! Libraries are such a vital part of the community.”

Malinka also praised the people she worked with over the years in her letter, calling Berlin-Peck Library “a fantastic place to work” and her team “the best in the area.”

“Time after time, they have supported each other and pitched in where it was needed to get the job done,” she said. “They are professional, hardworking, personable, fun, and funny, and I will miss them terribly.”