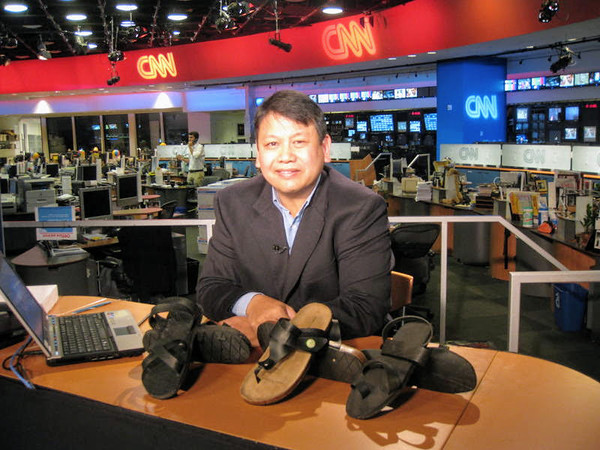 BERLIN – On Aug. 22 the Berlin Peck Memorial Library is hosting a Composting 101 event and will have master composter guest speaker in Alastair Ong.

According to Ong, composting is the accelerated, controlled decay of organic waste to turn it into fertilizer.

There are many reasons why composting is important such as improvements in soil quality, enhances soil structure, soil conditioner, organic fertilizer, higher crop yields, less waste, fewer garbage pickups and it is eco-friendly.

Ong started composting over 25 years ago when he lived in a tiny apartment in Manhattan.

According to Ong, New York City was paying so much to barge the garbage out of the city, they thought by allowing folks to put it in the sink it would be cheaper.  What they miscalculated was the strain this would add to the existing water waste treatment facilities.

“I remember wanting a garberator and then thinking that there had to be a better way,” he said. “I did some research and stumbled onto the fact that you could use worms to compost kitchen scraps. I bought a worm condo and started composting then.”

When Ong moved to Connecticut seven years ago, he saw the University of Connecticut offered a Master Composting degree, and being interested in compost, decided to get certified.

Ong said there are two basic types of composting and he favors both types.

“The first is bacterial composting. This is when bacteria start consuming the organic material.  At some point in time, the compost will begin to heat up to temperatures as high as 150 degrees Fahrenheit,” he said. “The second type of composting is using worms. Red wrigglers, also known as composting worms are small but voracious worms. They eat up to their body weight in waste per day and poop out amazingly rich fertilizer.”

According to Ong, most towns have a compost drop off point where you can drop off your lawn clippings, leaves or kitchen wastes. Composting from home is highly recommended.

“If I can compost in a 350 square foot apartment, you can definitely compost at your home,” he said.

The most common items that we can compost are kitchen scraps, coffee grounds and leaves. Disadvantages of composting can be unpleasant smells, possibly attracting snakes, raccoons and bugs, and it may be unpleasant to look at.

Although there can be disadvantages to composting Ong said he has made a difference by composting.

“I compost every leaf I can get my hands on,” he said. “There's a saying, you never get to a point where you say, ‘Gee, I wish I made less compost.’”

He will teach the audience at Berlin-Peck Memorial Library a simple compost recipe that is easy to do, guaranteed to work, will not attract vermin, and will require no monitoring or turning. He hopes the audience begins to think about and start to compost.

“Not only are two inches of compost enough to provide nutrients to anything you are growing, but towns will cart less waste, which means less cost and perhaps tax savings,” he said.

According to Carrie Tyska from the Berlin-Peck Memorial Library, the library has had a few composting discussions in the past, but it has been years since they have had one in-person.  One of the libraries patrons had recently requested they offer a program on this subject. She reached out to University of Connecticut Cooperative Extension and they connected Tyska with Ong.

“Composting has many benefits for our gardens and environment,” Tyska said. “It can reduce waste and the need for fertilizers, improve soil health and promote healthier plant growth.”