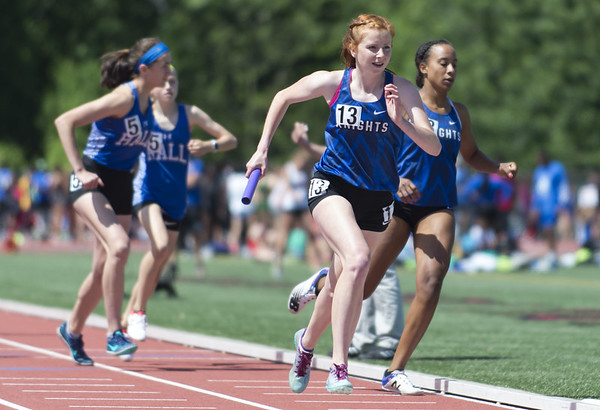 The run, or jump, of dominance for Berlinâ€™s Patricia Mroczkowski continued at Saturdayâ€™s New England Track and Field Championships.

The UConn commit and back-to-back Class M champion recorded a first-place finish in the high jump, finishing with a jump of 5 feet, 8 inches, just two inches short of the Connecticut state record that she set back in May.

Southingtonâ€™s Sydney Garrison also made noise in the event, taking sixth place with a jump of 5 feet, 3 inches.

Innovationâ€™s Aaliyah Walker competed in the third flight of the triple jump and finished in first place with a mark of 36 feet, 6.25 inches before finishing in eighth place in the finals. The seniorâ€™s performance came after becoming the first CREC athlete to earn All-State honors after last weekâ€™s State Open.

Southingtonâ€™s Trinity Cardillo came in ninth place in the discus to pair with her eighth place finish in the shot put, where she recorded a throw of 39 feet, 7.5 inches.

Alexah Zaczynski represented the Blue Knights in the javelin and came in 24th place with a throw of 97 feet, 10 inches.

On the boys side, Jose Ramirez of Bristol Central came in sixth place in the 800 meter run with a time of 1:56.69, just over four seconds behind the lead.