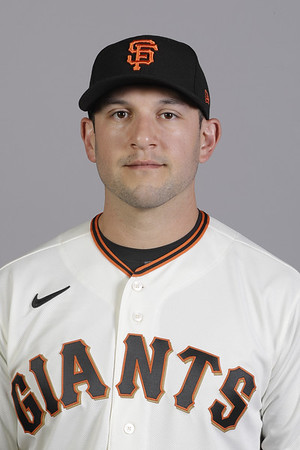 This is a 2020 photo of Matt Carasiti of the San Francisco Giants baseball team. This image reflects the 2020 active roster as of Tuesday, Feb. 18, 2020, when this image was taken. (AP Photo/Darron Cummings) Buy this photo
Published on Monday, 9 March 2020 16:17
Written by RYAN CHICHESTER

Berlin native Matt Carasiti was dealt a brutal piece of injury news on Monday after what had been a promising start to spring training with the San Francisco Giants.

Carasiti, who had emerged as a candidate for the Giants’ bullpen in 2020, injured his elbow while making a spring training appearance on Thursday and will require Tommy John surgery, according to Andrew Baggarly of The Athletic, which the 28-year-old will undergo on Tuesday.

A former pitcher for Berlin High School, Carasiti had struck out seven batters over five innings of work this spring, and was turning heads in Giants camp after pitching just 9 2/3 innings with the Seattle Mariners last season. A sixth-round pick of the Colorado Rockies in the 2012 draft, Carasiti tossed 15 2/3 frames with the Rockies in 2016 before spending time in the Cubs’ minor league system and with the Tokya Yakult Swallows in Japan.

Carasiti holds a 4.26 ERA over 432 2/3 career innings at the minor league level, but just 25 1/3 innings in the majors. He’ll have to wait at least another year for another shot.