Berlin's deep pitching staff pivotal to its success in CTEBA 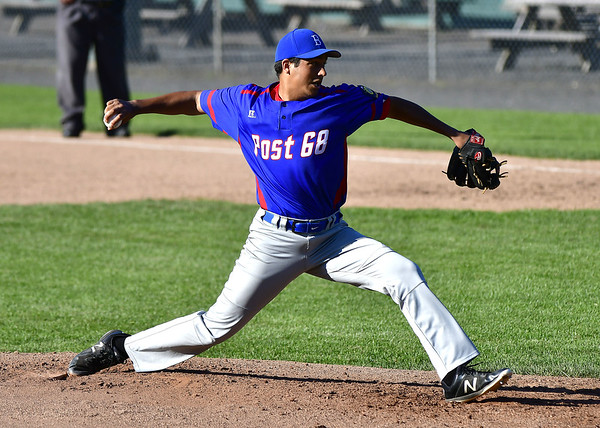 In a drastically abbreviated and condensed schedule due to the coronavirus pandemic, the CT Elite Baseball Association’s unique season may likely come down to an arms race.

The 2020 season began on July 2 and the postseason is scheduled to start on Aug 7, meaning the new league tried to schedule as many games as possible in that small window of time. More games mean more days off, which boosts the already high value of having a variety of arms in the pitching staff to eat up innings.

Berlin has seen that value already this season, particularly over the past few days. From Sunday to Tuesday, Berlin played four games in that span of three days, including a double header against Newington on Sunday. The demanding stretch began with a sweep of Newington, then a close 4-2 loss to Meriden on Monday. But that defeat still showed Berlin’s quality and quantity of pitchers that can absorb this sprint of a schedule. Garrett Fallon, Monday’s starter, threw six innings and kept Berlin in the game until the final frame, helping the rest of the staff rest and recover from Sunday’s action. Fallon gave head coach Gary Van Etten everything he could have hoped for, most importantly, an opportunity to keep the bullpen empty.

“He’s young, and he was a freshman/JV player last year,” Van Etten said. “He’s going to be a junior this year, and I know he’s going to give us innings.”

Fallon’s strong start came after Adam Bilinsky and Gianni Fanelli combined to pitch a three-hitter against Newington in game one on Sunday, shortly before Matt Kozak twirled six shutout innings in game two. That’s all before mentioning Cam Murphy, one of the team’s top starters, completing a rotation that is largely responsible for Berlin boasting the best record in the league.

Berlin’s rotation is packed with talent, including Bilinsky, an all-conference pitcher in 2019. The righty will be vital for the rest of Berlin’s season, and fortunately for Van Etten, he only appears to be getting better as the team, and the league, settles back into regular competition after a long hiatus.

“He’s not even near where he was at last year, and the last game he pitched against Newington, you could see he was getting better,” Van Etten said. “He’s gotten better each time out, and hopefully he’ll continue to as we keep playing. He hasn’t pitched since the high school season. He threw a bullpen or batting practice once, but that’s it. He’s just going to get better.”

Bilinsky, Murphy, Kozak and Fallon represent a fearsome foursome for Berlin, which has a weapon in the bullpen in Fanelli, a regular outfielder who can come on in relief and close games out with his high velocity.

“He hasn’t pitched in two years, but he’s legit between 85 and 87 when he’s on,” Van Etten said. “His first time throwing again for us he was between 86 and 88, and his curveball is his best pitch. But we don’t use him much. He’s in college playing the outfield, so we only use him for an inning or two when we need it.”

Innings are something Berlin and many other teams in the CTEBA have needed this season, especially given the schedule, and so far, Berlin’s arms have delivered for Van Etten, making it no surprise that the team is currently atop the league. Of course, with a high volume of games in a small amount of time, it only takes one untimely loss to change things. For Berlin, the staff has been consistently reliable so far.

“We just can’t afford to lose any kids,” Van Etten said. “If it’s our team or another team, if you lose one player, you’re in trouble.”