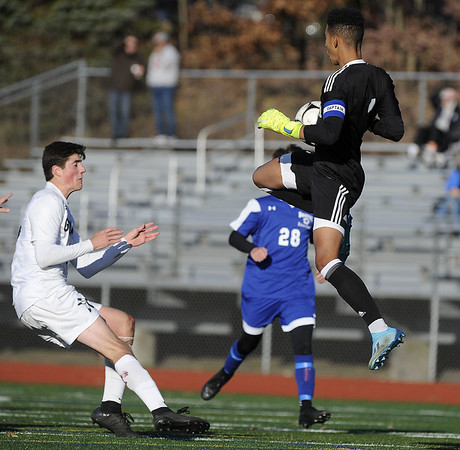 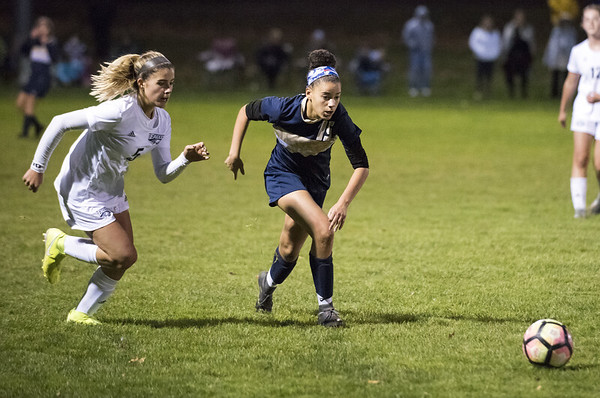 Olivia Mullings can hardly wait, and the feeling is mutual.

For the first time since March 10 - 203 days to be exact from when the Connecticut Interscholastic Athletic Conference postponed competitions due to the coronavirus pandemic - there will be high school sports in Connecticut.

“It hasn't really set in that we're playing our first actual game on Thursday,” said Mullings, who scored 22 goals and recorded 11 assists on her way to an All-New England selection for the Newington girls soccer team last season. “On Thursday, I'm sure it will set in. It might be a little unconventional because I won't be in school that day, but when I show up to the field I'm sure I'll think 'wow, this is actually real.'”

Mullings’ team is set to host Berlin on Thursday, but those two won’t be the only ones playing. Girls and boys soccer, girls volleyball, girls and boys cross country, girls swimming and field hockey are all slated to open up their seasons Thursday, meaning there will be plenty of action among the area teams. The only fall sport that won’t be taking part this week is full-contact football, which the CIAC announced Tuesday has been pushed back to the spring, where a five-game schedule will take place. But that still has to get approved by the Department of Health.

For those who are still playing, seniors especially, the upcoming slate means more than wins or losses. It’s a chance to cap off a high school career on the best note possible.

“My first reaction was obviously to have senior night,” said Bristol Eastern boys soccer goalkeeper Nate DiLoreto of his initial response to learning the Lancers would be able to play this season. “That was one thing I was looking forward to and then just playing with the guys again. It doesn't matter how many games we get; I probably won't be able to go out and play with these guys again because we're all going our different directions. I'm going to the University of Hartford; some of the guys are going to colleges in different states. It's just the luxury of getting out and getting able to play with the guys again, that's one thing I'm looking forward to a lot."

In a year filled with a number of ups and downs, and unknowns, one thing is for certain, no matter how the fall plays out, those involved - players and coaches - understand it’s going to be an interesting season.

The first is the scheduling, which has been modified into a more regional format to limit transportation needs and maintain play within a geographic region to reduce the spread of covid-19 across the state. That means area teams that typically would not play one another during a normal year are meeting and leading to matchups such as New Britain and Bristol Central, Plainville and Southington.

Fan attendance will also be restricted with each school having a different policy. Newington will not be allowing any fans at any of its sporting events this season. At New Britain and Berlin, only home spectators will be permitted, with the Redcoats allotting 3-4 tickets to each student-athlete to give to family members. Bristol Eastern is allowing two family members for outdoor events, one for volleyball and none for swimming. The Lancers will also be live streaming as many home games as possible.

“All of the schools we're playing will have a similar policy,” New Britain Athletic Director Len Corto said. “We met and we worked on this together, and everybody ran it by their administrators.”

Schools are also stressing the importance of student-athletes and coaches staying home if they do not feel well. According the CIAC’s guidelines for the fall, all staff and students are required to self-screen for any observable illness, including cough or respiratory distress, and to confirm temperature below 100 degrees. The coach or activity supervisor must then confirm self-screening by all activity participants upon arrival. Officials, medical staff and media are expected to self-screen before attending an event as well. And any person with covid symptoms must notify school personnel, be removed from participation, self-isolate and contact their primary care provider or other healthcare professional.

It’s led to a number of coaches making sure their players know the importance of the situation and to not take anything for granted, especially with a potential shutdown always looming should an outbreak occur.

“We always tell [our players] to play every game like it's the state championship game,” New Britain girls volleyball head coach Michelle Abraham said. “And now more than ever, because we don't know what's going to happen from day to day.”

And so far, leading up to the games, most of the coaches have liked that sense of urgency they’ve seen from their players. Just as important as the physical conditioning of the teams has been the players’ attitudes toward finally be able to play in a meaning competition.

“They stepped up and they filled right in and practices have been the most positive to start the year, especially with all these times, they've been so positive and I've been really pleased by that,” Bristol Central boys soccer coach Nate Jandreau said. “I think that's going to carry over into success on the field because it's not easy. I know teams are coming in and everyone's going to be down a little bit because we didn't have a regular preseason, not in as good shape as we probably want to be, but these guys have stayed positive at practice here and I think we've gotten the most out of them because of that.”