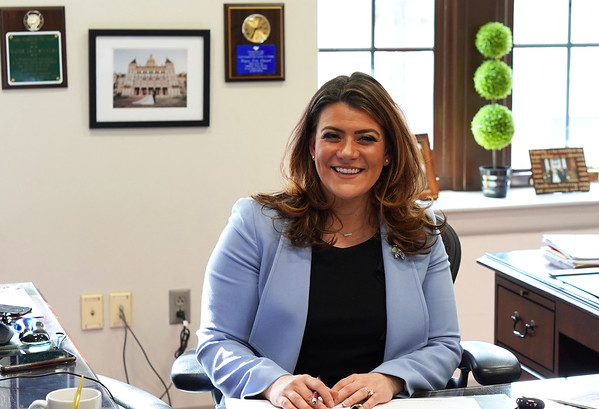 The city of New Britain is Connecticutās seventh-largest municipality. We serve, protect and educate over 73,000 residents. There are over 500 city employees, and thatĀ number hits well over 1,000 with the inclusion of school district staff. The cityās annualĀ budget exceeds $240 million dollars. In short, we are a large and complex enterpriseĀ charged with a sacred and essential duty to our citizens.Ā Ā

To lead this vast and varied machine, our Charter vests executive authority solely in theĀ mayor. It has become clear to me that this structure of government needs to change if New Britain is going to benefit from the leadership of its future elected mayors, ratherĀ than be hindered by them. Currently it is the responsibility of the mayor to deal withĀ issues ranging from the most macro-level to the most microscopic. In order for the jobĀ to be done right and for the city to move forward at full speed, there has to be a moreĀ effective and efficient division of executive functions.Ā

In my State of the City speech last March, I shared that much of the reason for theĀ financial and economic troubles this city faced prior to my election in 2013 was due to the endless petty political battles that were fought for years. Another problem is thatĀ many mayors may be good politicians, but they donāt necessarily possess the skills,Ā experience or willingness to learn thatās required to run a city of New Britainās size andĀ complexity. To be clear: I am not advocating for longer terms or a departure from ourĀ current structure of government. I believe that having an elected chief executive officerĀ (mayor) provides an essential layer of accountability and demands that those who holdĀ this office remain connected to the community. But after nine years I know there isĀ much that goes on in the day-to-day running of this city that is not political atĀ  all ā¦ procedural, ministerial and operational acts where the only consideration should beĀ whether something is in the best interest of the taxpayers and consistent with the bestĀ  public administration practices possible.Ā Ā

Therefore, I am recommending the role of a Chief Administrative Officer be createdĀ through a revision to the City Charter.

This Chief Administrative Officer should be responsible for the daily operations of CityĀ Hall. That means the management of department heads, union negotiations, overseeingĀ  purchasing issues, handling personnel requisition forms and making all micro-levelĀ  management decisions. This would allow the mayor to focus on maximizing the cityāsĀ potential instead of being bogged down by the required micromanagement ofĀ operations.Ā Ā

A Chief Administrative Officer is imperative for a city our size and is a position thatās being used more frequently as an increased number of professionals are trained in theĀ complex science of urban management. Cities across our state are moving to a ManagerĀ system so that there is no concentration of too much power in one individual electedĀ official and, most importantly, it ensures both continuity and proficiency in NewĀ Britainās management structure. This form of government has become the preferredĀ alternative for progressive reform.Ā

Never in the history of our city has there ever been a mayor with a Masterās Degree inĀ Public Administration. I am the first mayor with even a Bachelorās Degree in PublicĀ Administration. Allowing someone to manage a $243 million enterprise with zero toĀ little experience should be cause for concern for our taxpayers regardless of who the elected mayor is.Ā

The mayorās ultimate goal should be creating and executing their vision and engaging inĀ long-term planning for the city, while setting the agenda for City Hall and being the public face of New Britain. The mayor should also be able to identify those broad areasĀ of chronic deficiency and be able to focus on finding solutions that heretofore have proven elusive. The mayor cannot be confined to a desk doing paperwork and writingĀ memos ā the job is to be out in the community connecting with people, listening to their needs and creating that agenda that reflects the needs of the residents. One of theĀ most important duties as mayor is inter-governmental affairs, actively engaging withĀ state and federal delegations. But when the mayor is forced to spend the majority ofĀ their time on administrative duties ā it is impossible to embrace this essentialĀ component of the role.Ā Ā

This city deserves stability. It deserves sound management, and taxpayers deserve toĀ not have to worry about the day-to-day functions of City Hall. That is why a qualified,Ā non-political, non-partisan, management professional is essential to the successfulĀ future of New Britain.Ā

Through revising our City Charter to allow for a Chief Administrative Officer, I aim toĀ give the future mayors of our city the ability to actually be a mayor, and to not deprive our taxpayers of the professionalism that they deserve with our government operations.Ā I encourage you all to support this important reform, and to vote āYesā on Charter thisĀ November to help move New Britain forward.

Erin Stewart is the mayor of New Britain