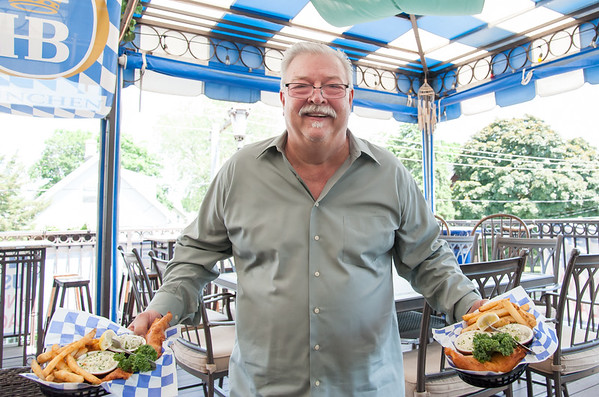 Nicholas Augustino, longtime owner of the East Side Restaurant opened the Clam Box on April 10, 2019, then decided to clear the big bushes and put up the big sign announcing that it was open for business.

After buying the location last December, he spent the next four months cleaning, painting, decorating and training his chefs to use the seven frylators and prepare the recipes on his fresh seafood menu.

Augustino has seven staff members and a manager, three of whom he brought with him from the East Side.

“I admire Nick for wanting to invest further in the city of New Britain,” said Mayor Erin Stewart. “This is his second restaurant and as he said he wanted to make that commitment to stay here.”

Augustino had wanted to open a seafood restaurant for the past 30 years and, after seeing improvement and change in the seafood industry, he was ready to take the ideas and recipes he learned working at the old Wethersfield Clam Box when he was 17 and bring them to the people of New Britain.

“We’ve got just about every kind of takeout you want. Now we got a seafood takeout,” said Augustino as he talked about joining the fast food restaurants on West Main Street. “So I’m just fitting in with a great bunch of people that already have their businesses successful.”

Members of the Common Council, including Alderman Daniel Salerno, attended the ceremony and later gathered around socializing and eating clam strips, fish, chicken and fries that were later served.

“I hope everyone will come out and give it a try,” said Stewart.