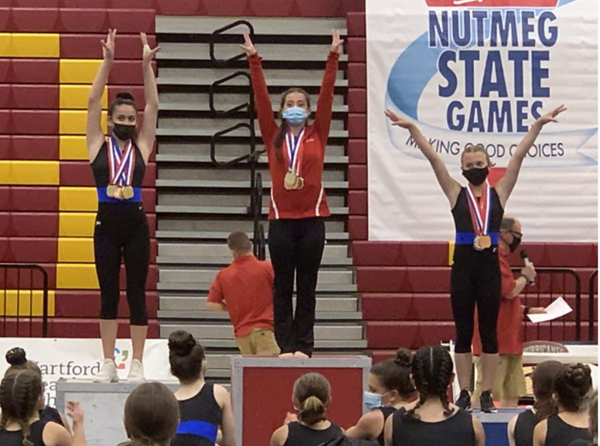 When it comes to amateur sports events in Connecticut, one local business is often running the show.

“The goal [of CSMG] is to provide people an opportunity to participate, regardless of age or ability, and to help people lead an active and healthy lifestyle,” CSMG Executive Director Patrick Fisher said.

Established in 1989, the Middletown-based company has just three full-time employees, but manages to put on many large-scale sporting events throughout the year. In 2019, more than 11,000 participants, 2,000 volunteers and over 30,000 spectators took part in their events, with athletes representing every one of the 169 cities and towns in Connecticut, according to CSMG’s website.

The Nutmeg State Games is the largest amateur multi-sport sporting event in Connecticut. It has been around since 1989, with the purpose of “uniting Connecticut’s residents in the common bond of amateur sport and Olympic spirit,” according to their website. The Games host 22 sports, both team and individual, throughout the season, including basketball, archery, lacrosse, gymnastics, wiffleball and more.

The Connecticut Masters’ Games was founded in 1979, and CSMG took over organizing the event in 2001. Like the Nutmeg State Games, it is an Olympic-style multi-sport sporting event, but it is only for athletes 30 and older. More than 1,700 participants, 300 volunteers and 2,500 spectators took part in the 2019 Connecticut Masters’ Games, representing over 22 states throughout the country.

Fisher said working at CSMG is a “labor of love.”

“As a former athlete I love to see people be able to compete regardless of age or ability. Providing those opportunities is a labor of love for me,” Fisher said. “Obviously it’s a tremendous amount of time and work and effort, but it’s very rewarding to see people enjoying themselves and participating in the sport they love regardless of what age they are.”

CSMG is a nonprofit organization that is funded through entry fees, sponsorships, grants and fundraising events. The next fundraising event is their annual Directors Club banquet on Oct. 7.