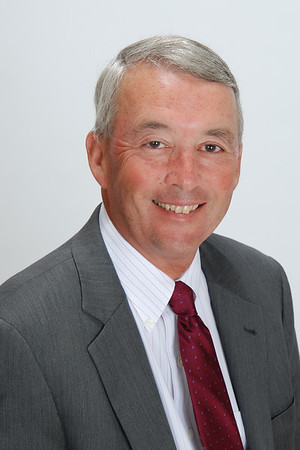 BRISTOL - State Rep. Chris Ziogas, D-Bristol, and his Republican challenger David Rackliffe have different ideas when it comes to tolls, with Ziogas seeing them as a tool for repairing the state’s infrastructure and Rackliffe criticizing them as another burden for taxpayers.

After Gov. Dannel Malloy called for a $10 million toll feasibility study, Rackliffe has said that enough is enough.

“We have commissioned a study every year for the past four years,” he said. “There is enough information out there.”

Ziogas said that he is “open to discussing” tolls.

“It’s a proposed solution to the problem of our decaying infrastructure,” said Ziogas. “Our infrastructure is not considered to be up to grade. This has been a problem that has been building up for many years. Improving our transportation makes it easier for people to come in and out of our state and results in an increase in new businesses. By improving our infrastructure, we improve our quality of life and the value of our homes.”

Rackliffe said that were tolls to be implemented, 70 percent of the revenues that they would generate would be from state residents, with only 30 percent coming from people out of state. He argued that there is “enough spending at the state level” and “enough taxes for our citizens.”

“People are tired of taxes and tolls are just another way to put revenues into the hands of the people who have been spending all of our money,” he said.

Ziogas said that, were tolls to be implemented, there could be ways to reduce the impact to state residents.

“We could get them a credit on their Connecticut tax returns and provide discounts for those who do a heavy amount of commuting each day,” said Ziogas.

Rackliffe argued that Connecticut has one of the highest gas taxes in the country, which he says should have been adequate to cover infrastructure costs.

“What happened to that money?” he said. “I understand that we are seeing increasing fuel efficiency, but the real problem is that money intended for roads has been diverted to the general fund. That’s what happens when there is single-party control of the legislature for 40 years. This money is being used to cover the expenses of pet projects rather than for what it was originally intended.”

Ziogas argued that with the increase of fuel efficient vehicles, gas taxes revenues will decline. He said that revenues from tolls are “projected to be substantially in excess of budget requirements” and that revenues could also be used to offset the gas tax. As for the diversion of funds, he said that Rackliffe’s criticisms “are not wrong.”

“There is going to be a question on the November ballot about the creation of a transportation lockbox,” said Ziogas. “This would lock in funding from tolls to be used only for the purposes of transportation. Some of the critics say that a lockbox would not be 100 percent secure or that there are ways to manipulate those funds but I think that we need to approach this with a good conscience going forward and not shift our money into other accounts to cover our deficits.”

Ziogas admitted that the public had a right to be disgruntled and that in the past Connecticut Lottery money, which was originally supposed to cover education costs, was also diverted to the general fund.

“Going forward, we need to learn from our mistakes,” he said.

Rackliffe said that he saw democratic legislators at the Central Connecticut Chambers of Commerce’s Legislative Breakfast in February say that they were proud of reducing state employees from 52,000 to 44,000. However, he said that this alone is not enough. Rackliffe said that he wants to look for more efficiency in the state government.

“What is actually being done to improve efficiency?” he asked. “All this reduction means is that the remaining state employees are being worked into the ground. What I would like to see is that we return the money that was taken away from our cities and towns and instead commission studies on what we can do to make our government run more efficiently. This last year’s budget crisis resulted in increased taxes and a reduction in services to people in many communities.”

“This decline has been going on for some time,” he said. “This did not just happen under this governor’s term and I think that he has made some strong and sincere efforts to turn things around. I think we are doing better and that better days still lie ahead. We need to have longer views.”