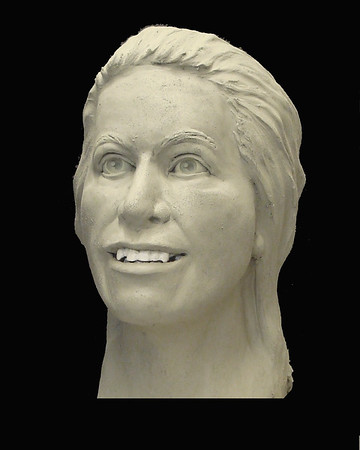 NEW BRITAIN - While in the Criminal Investigation Division, Detective James Wardwell, now the police chief, took the extraordinary step of personally driving the remains of an unidentified gunshot victim to the Office of the Chief Medical Examiner so that she could receive a proper burial.

“I wanted to give her dignity and let her rest in peace,” Wardwell said last week.

The woman, called “Jane Doe” by the police department for nearly three decades, is now again at the center of a new push to learn her identity and who killed her.

Capt. Jeanette Portalatin, the commander of the CID, is seeking a re-examination of the woman’s DNA in the hope that new techniques may finally solve the case. “I figured it was worth a shot,” said Portalatin, who in the past six years has been involved in the identification of at least five other crime victims leading to the arrests of their killers. “Technology is much better than when we tried previously. It’s about determination.”

The woman’s badly decomposed body was found near the railroad tracks in the area of Myrtle Street between Grove and Booth streets on Oct. 11, 1991. She died of a gunshot wound to the head. Investigators estimate she was dead for three weeks to four months before she was found. She is believed to be white or Hispanic and to have been in her late 20s. She was approximately five-feet, five-inches tall, weighed between 130 and 135 pounds and was wearing a jumper-style dress with a panda bear print with umbrellas.

She had straight black hair, about 10 to 12 inches long. Due to her state of decomposition police were not able to tell how she wore her hair. No one reported her missing in New Britain. From the start, police were vexed by the lack of information on who she was and who killed her.

Detectives were able to get a likeness of the woman in the months following her death that was created by shaping clay on her skull. While considered state-of-the-art at the time, the results were crude with a black curly wig placed on her head to approximate what her hair may have looked like.

As the years went on and the department was still investigating, Wardwell realized that the woman had never been buried. “I had conversations with my captain to determine if there was any more evidence to be gleaned from her remains,” Wardwell said.

When he was given the go-ahead, Wardwell contacted the Office of the Chief State Medical Examiner to arrange to have her buried in 2003. She was exhumed by court order in 2011 so that the FBI could use her skull to make an updated likeness that was released to the public that same year.

The new rendition received back from the FBI Visual Arts Unit shows a woman with a smile and clearly defined facial features. But the 2011 likenesses didn’t generate any leads that led to her identity.

Anyone who may have information on the woman or the case is asked to call Portalatin at 860-826-3120. Anonymous tips can be left on the Community Tip Line at 860-826-3199 or emailed to www.newbritainpolice.org/anonymous-tips . Tips can be left in Spanish or English.