HEALTHY LIVING: How neurosurgery is giving quality of life to patients at The Hospital of Central Connecticut 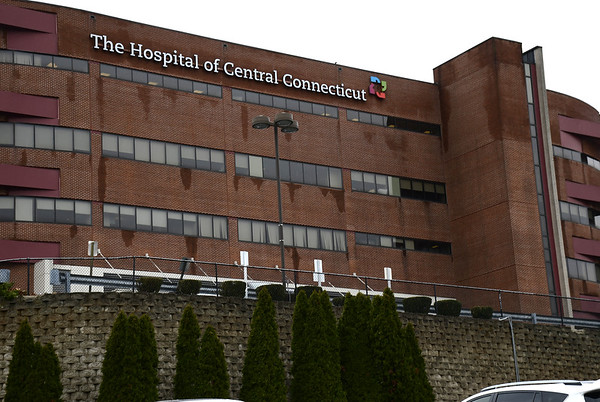 Rosa Muscarella knew something wasn’t right with her husband, Fillippo, back in April when the 75-year-old began complaining of persistent neck pain. She then noticed her husband was gradually getting confused and disoriented, which became increasingly noticeable during a family party in July. Muscarella says her husband left the party, and never came back.

“I called him and he says, ‘I’m lost.’ He didn’t know where he was,” Muscarella explained. The couple, from Monroe, would later learn that Fillipo Muscarella had a brain tumor. “The doctor said the tumor is hitting the brain and causing memory loss and disorientation,” Muscarella said.

The Muscarella’s were referred to Sunil Manjila, MD, a neurosurgeon at The Hospital of Central Connecticut. In mid-July, Dr. Manjila performed what’s called a keyhole surgery, which is a minimally invasive procedure that allows the physician to get to a tumor through a small opening in the skull.

“I used an endoscope to divert the pent-up fluid that wasn’t able to flow adequately through the chambers in the brain because of the ventricular tumor,” Dr. Manjila explained. The fluid diversion helped alleviate the pain and memory loss that Fillippo Muscarella was experiencing.

“It was a big relief, big relief that he had no more pain because he was always complaining of the pain,” said Rosa Muscarella.

“It’s a technological revolution that neurosurgery has embraced and adopted. What used to be an invasive surgery has become this keyhole procedure, which reduces the hospital stay, lessens the morbidity of blood loss and infection, and allows for a quick recovery,” Manjila says.

Fillipo Muscarella is now going through radiation treatments to help shrink the malignant tumor in his brain. Doctor Manjila’s expertise in neuroscience also proved beneficial for Tracey Zielinski, of New Britain. In March she came into The Hospital of Central Connecticut, rapidly becoming paralyzed from the chest down, due to a disc prolapse that was pushing on her spinal cord. “She was just a few hours away from being completely paralyzed from the shoulder down,” says Dr. Manjila.

Zielinski’s condition, according to Dr. Manjila, was a Grade A spinal cord injury, which rarely improves with surgery and rehabilitation. The same day Zielinski came into the Emergency Department at The Hospital of Central Connecticut, Dr. Manjila began to operate in hopes of reversing the effects of the paralysis from the spinal cord compression – and it worked. Zielinski started regaining strength in her legs within 24 to 48 hours after surgery. Six months later, Zielinski is still in rehab, but able to walk on her own and is making progress every day.

“When I came to the rehab facility I was in a wheelchair and that’s how I got around. Physical therapy was working with me every day and I got a little bit stronger and then I was able to get around with a walker,” Zielinski explains. She’s now able to walk with the help of a cane and credits Dr. Manjila with giving her the ability to walk again.

“Somebody was looking out for me,” Zielinksi says. “Having him there that day was a godsend.”

Dr. Sunil Manjila is a neurosurgeon with the Hartford HealthCare Medical Group. For more information, visit hartfordhealthcare.org/services/neurosciences or call 860-223-0800.