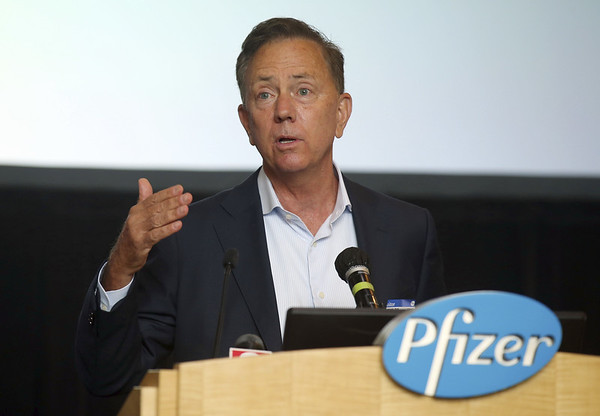 HARTFORD - Gov. Ned Lamont signed an executive order Friday creating a new commission charged with planning the state's multi-year celebration and commemoration of the 250th anniversary of the Declaration of Independence signing.

The Connecticut Semiquincentennial Commission will be a state-level group, similar to the United States Semiquincentennial Commission recently established by Congress. The executive order requires the panel of volunteers to be wide-ranging, including not just representatives from historical organizations and state officials but also designees from the state's two federally recognized tribes.

The 250th anniversary of the signing of the Declaration of Independence and subsequent formation of the U.S. will occur on July 4, 2026.

Former Secretary of the State Denise Merrill, who officially resigned from her post Thursday to spend time with her ailing husband, noted how Connecticut requires all high school students take a civics class before they graduate.

“This is a chance for all of us to have that lesson and to have everyone included, and to have a chance to review the incredible history here in Connecticut of the founding of this country,” she said, during a ceremony at the Old State House. “And this time, we can re-tell it. We can include everyone.”

The state commission is charged with developing and coordinating celebrations and educational activities, while also providing help to Connecticut cities, towns and other groups planning their own commemorations. The group will also promote cultural and historic resources related to the semiquincentennial period while working to promote the state as a tourist destination for American Revolution history.

Commission members, who've yet-to-be announced, are required to provide the governor and General Assembly with an action plan by Jan. 1.