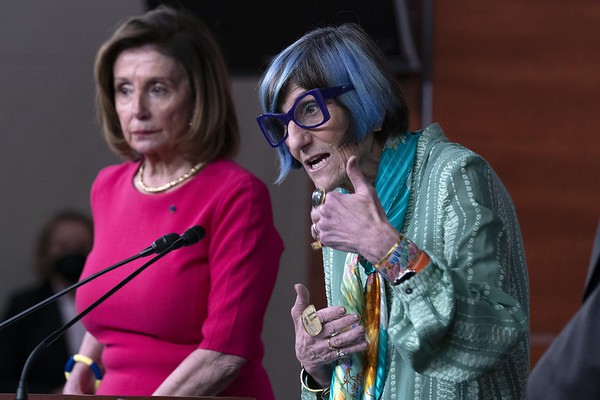 NEW HAVEN - A public monument representing the Italian-American immigrant experience was approved by the New Haven Board of Alders, replacing a Christopher Columbus statue that was removed in 2020 amid a climate of racial reckoning after the police killing of George Floyd.

The Wooster Square Monument Committee announced a new campaign on Tuesday to raise the estimated $300,000 needed to commission the sculpture and underwrite the total cost of the new monument. The Board of Alders vote was held Monday.

The committee, which held numerous public meetings on the project, estimates it will take about 18 months to raise the necessary funds and for the monument to be sculpted and installed. U.S. Rep. Rosa DeLauro of New Haven is serving as honorary chair of the fundraising committee.

Designed by Branford artist Marc-Anthony Massaro, who grew up in the heavily Italian neighborhood around Wooster Square, the new sculpture will depict a young Italian family that has just arrived in the U.S. It is named “Indicando la via al futuro,” or “Pointing the way to the future,”

Columbus statues across country, as well as in Mexico, were removed amid widespread racial injustice protests that followed Floyd's killing. The New Haven Parks Commission decided to take down the 1892 statue after it was vandalized following Floyd's death.

Many residents demanded its removal, condemning the 15th-century Italian explorer as a white supremacist who touched off centuries of European oppression and the decimation of Indigenous peoples. Columbus supporters, meanwhile, called the statue an important symbol of Italian American heritage.

Demonstrators from both sides shouted at, shoved and briefly skirmished with each other when the statue was taken down. In June, a federal judge threw out a lawsuit filed by an Italian American group that wanted New Haven to bring back the Columbus statue, arguing its removal was discriminatory.