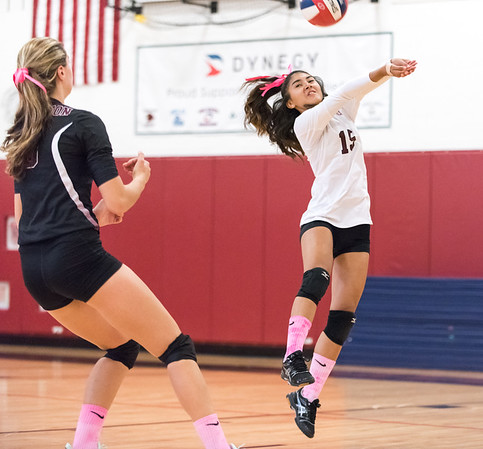 NEW BRITAIN - The Innovation girls volleyball team has won the CRAL championship for the first time in school history.

The Ravens swept Aerospace 3-0 (25-8, 25-19, 25-8) in the finals Thursday night. This was the fourth consecutive trip Innovation has taken to the league title game, this time ending in victory.

Innovation got plenty of strong performances.

Danelys Baez-Arroyo recorded seven aces and four digs, while Bailee Nardi ended with seven kills. The Ravens are now 19-3 and will continue on to play in the state tournament.

Parrish Hill 2, Innovation 1: The Ravens were in the game until the Pirates sent one into the back of the net to take the 2-1 lead.

Innovation kept up the pace going into the half tied at one. Once out of the half, Parish Hill collected its insurance.

The Ravens’ only goal was scored by Malena VanBeveren. Lianna Giles also had a productive day in goal, making 10 saves.

The CCC West conference champion is determined by teams’ dual meet record. Hall claimed the team conference title with their win over Conard on Oct. 25.