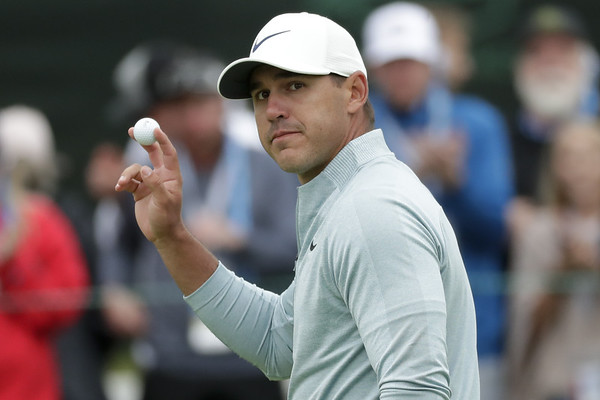 Brooks Koepka waves after his putt on the 15th hole during the final round of the U.S. Open Championship golf tournament Sunday, June 16, 2019, in Pebble Beach, Calif. | AP Buy this photo
Published on Thursday, 21 May 2020 10:38
Written by RYAN CHICHESTER

HARTFORD – Add another top-ranked golfer to the field at the upcoming Travelers Championship.

Brooks Koepka, currently the No. 3 golfer in the world in the Official World Golf Ranking, has committed to play in this year’s Travelers, the tournament announced on Thursday morning.

This will be Koepka’s fifth appearance at the event in Cromwell. He finished even last year in what was a sloppy first two rounds due to steady rainfall.

“Brooks has a reputation for consistent success, especially in the biggest events and major championships,” Travelers Championship tournament director Nathan Grube said in a statement. “He’s played at such a high level, and we’re thrilled to have him compete at TPC River Highlands next month.”

Koepka’s best finish at the Travelers was a ninth-place performance back in 2016.

“It will be great to watch Brooks play at the Travelers Championship this year,” said Travelers executive vice president and chief administrative officer Andy Bassette. “Our goal every year, in addition to raising money for charity, is welcoming the world’s best players to Connecticut. Brooks is a wonderful addition to our already solid player field.”

That player field now includes five players ranked in the world’s top 10, including the No. 1 golfer in Rory McIlroy, who recently won a charity event to help welcome back golf in a TV-only event earlier this week. Also already committed are No. 4 Justin Thomas, as well as Patrick Cantlay and Patrick Reed, who are each tied for seventh.

Also committed so far are Bubba Watson and Bryson DeChambeau.

The 2020 Travelers Championship kicks off on Thursday, June 25, and runs through Sunday, June 28. Due to the coronavirus outbreak, the Travelers has announced that the event can be seen through TV only, and no fans will be allowed. All four rounds of the tournament will be aired on the Golf Channel, while Saturday and Sunday’s action will also be available on CBS.