Travelers Championship's Soucy elected to CTCSB's Board of Directors 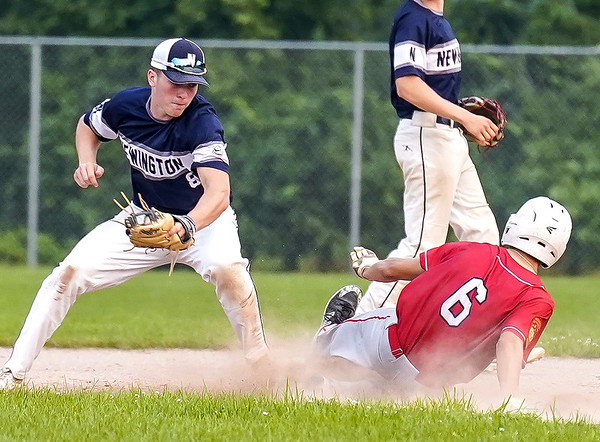 Austyn Howe reaches to make a tag during Newington's loss to Bristol on July 20. | Dan Heary Buy this photo
Published on Tuesday, 20 July 2021 15:54
Written by

MIDDLETOWN– The Travelers Championship officially elected Glastonbury resident Jason Soucy, Director of Business Development for the event, to the Board of Directors of the Connecticut Convention and Sports Bureau (CTCSB) Tuesday.

Soucy, whose three-year term began on July, holds over 20 years of experience in marketing, selling and promotion of championship golf for the PGA, LPGA and Champions tour in markets across the country.

Prior to his time with the Travelers Championship he was a member of the IMG Golf Division as Vice President of American Event Sales. He also spent several years as Tournament Director for the PGA of America.

“Jason has developed numerous partnerships with a wide range of business, industry, and community leaders across the state, and will be great asset to the Connecticut Convention & Sports Bureau as we sell our state to meeting planners and sports promoters across the U.S.,” said Thomas Madden, the Chair of the Connecticut Convention & Sports Bureau and Director of Economic Development for the City of Stamford.

“The composition of our Board of Directors reflects many of the professions and businesses involved with our nation’s meetings, sports and hospitality industries,” added Robert Murdock, President of the Connecticut Convention & Sports Bureau. “Jason Soucy, David Kooris and Heather Solomon, each bring specialized expertise and perspective to the organization as we work to attract new and retain existing business for our state.”

In addition to Soucy, David Kooris, President of Stamford Downtown, and Heather Solomon, President and Founder of Solomon & Associates Event Management (S&A) in Glastonbury, were elected to the Board for CTCSB.

CTCSB markets all of the state – convention and meeting venues, hotels, attractions, and sports facilities and athletic sites – as a premier destination for international, national, regional, and statewide conferences, conventions, and major sports events.

For more information about the Connecticut Convention & Sports Bureau, visit  www.CTmeetings.org or call 860-728-6789.