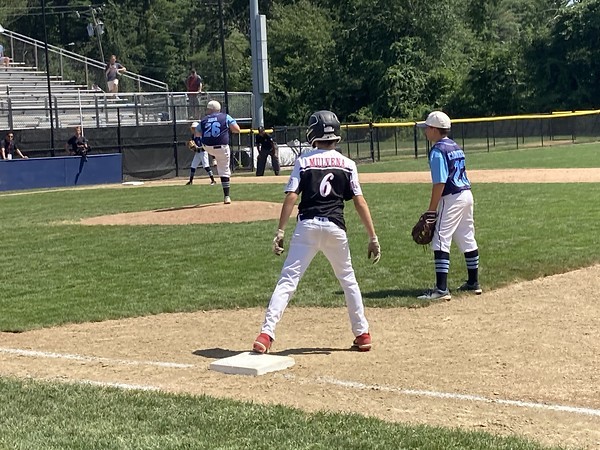 Delaware is off to the Mid-Atlantic Regional Championship game after defeating Pennsylvania 5-4 Tuesday night.  A game-winning, three-run home run by Peter Hudson in the sixth inning has now put the team just one win away from the World Series in Williamsport.

“I’m just so proud of these boys and what they were able to accomplish,” Delaware Manager Chuck Hudson said. “I’m just proud to be here and I’m honored to be with these kids and experience with them.”

Delaware set the tone in the first inning by capitalizing on an error from third base and two walks that forced in two runners for the early lead.

Pennsylvania battled back to tie the score, however. Caleb Detrick hit an RBI double, bringing home Ty McGough in the bottom of the first. Then in the third, Chase Link hit a home run to left field to even the game.

With two outs at the top of the sixth, Pennsylvania needed one more out to escape a jam, but Peter Hudson had other plans.

Hudson, who had struck out three times prior, hit a three-run home run to push the score to 5-2, which solidified the win despite Pennsylvania scoring twice in the bottom of the inning.

“I was a little mad from my previous performance so it felt good to help out the team,” Peter Hudson said.

Chuck Hudson said it was a great moment that “epitomizes the team and what we’re all about.”

“You never know in the game when it’s going to be your turn to come in and execute,” Chuck Hudson said.

The regional championship will be played Friday at 3 p.m. against the winner of the Pennsylvania and Washington D.C. game, which is set for Thursday at 1 p.m.

“They were very good hitting wise, especially one through five,” Swasey said.