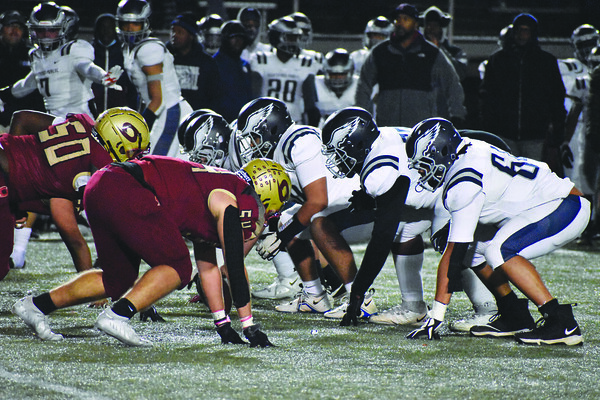 The New Britain Golden Hurricanes looked to be headed in the direction of a third-straight losing season following a 1-3 start in head coach Isaiah Boddie’s second season at the helm of the program.

A Week 4 loss at Wethersfield, however, sent the offense into a frenzy and the season along with it. The Canes finished the season 4-2 and with a .500 record to show for it setting things up nicely for future iterations of the Golden Hurricanes.

“The kids did a great job this season,” said Boddie. “I thought they did a great job setting the standard and putting us back to where we need to be. There’s a lot of things for the underclassmen to feed off of heading into next season.”

One of Boddie’s primary messages all season has been his team’s ability to try and keep their emotions level; never getting too high after a win and never too low after a loss. He explained how much growth he’s seen in that department through his first two seasons as head coach, noting the Canes’ ability to fight through adversity this season.

“[The midseason turnaround] showed perseverance and the character of our kids,” said Boddie. “So many times, when things don’t go their way we talk about how they’re going to respond and we got better at it. We got better at pushing. Everything about the way we play football and the way we move as young men and how we want to be in the world when things don’t go our way; we just want to keep working. They did a phenomenal job. I’m proud of this group of kids.”

New Britain will be losing a few key pieces to their operation, most notably seniors Cam Bond, Dameer Bailey and Dontay Bishop. These are three of the most noticeable leaders on the team as well as three of their best playmakers. Bond rushed for 125 yards with three total touchdowns in the season finale. Bailey led the way receiving with five catches for 53 yards. Bishop racked up 48 receiving yards, a touchdown and two-point conversion in the loss to Hartford Public.

Despite the fact that the team will be without three of their top players by the summer, Boddie likes the way things are shaping up for his roster come next September.

The team will be retaining sophomore quarterback Donavan Campbell as well as junior running back Cayden Hill next year who Boddie is expecting big seasons from. The head coach also mentioned sophomore wide receiver Elias Rodriguez and junior captain Michael Zapor as player who could be in impact roles next season.