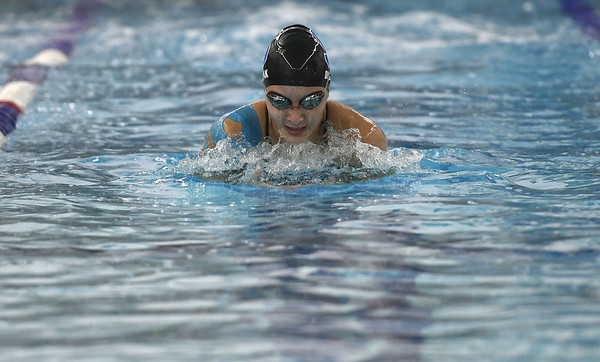 SOUTHINGTON - The Southington girls swimming and diving team picked up right where it left off last season, on top.

The Blue Knights opened their season with a 93-66 win over Rocky Hill on Wednesday.

Southington came out strong in the first event, the 200 Medley relay. The team of Sarah Meade, Julie Duszak, Meghan Hammarlund, Gianna Perugini took first place with a time of 1:56.52. The Blue Knights went three-for-three in the relays, taking first in the 200 freestyle as well as the 400 freestyle.

Goodwin Tech 3, Kaynor Tech 2: The Gladiators increased their record Wednesday even after a back-and-forth match against the Panthers. After falling in the first set 25-23, Goodwin Tech came back in the second (29-27), third (25-19) and fifth set (15-9) to claim victory.

“The girls played well tonight,” Goodwin Tech coach Cristina Stisser said. “There are still some skills we need to work on and develop but over all I’m pleased with performance. It was an exciting back game.”