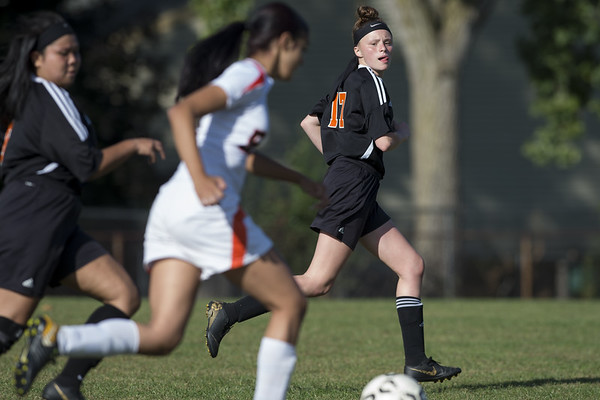 The Goodwin Tech and Innovation girls soccer teams had scored seven combined goals through the first two games of the young season, and on Friday afternoon, both teams scored eclipsed that combined total on their own.

The Ravens and Gladiators battled through an offensive shootout, finishing in an 8-5 win for Innovation where shots were finding the back of the net at a dizzying rate.

Captain Alice Bidoae led the way for Innovation, scoring a game-high four goals, while Desirae Boase had a pair of her own. Mya Saylor and Amelita Lentz each put home a goal as well.

Asia Vibert headed Goodwin Tech’s offensive attack, finishing with three goals and an assist, while Desaraya Trusty chipped in two. Megan Lukaszewski dished out three assists, and Jilly Yezierski had one as well.

Ariana White had seven saved in net for the Gladiators, while Te’ijah Roberts stopped nine shots for the Ravens.