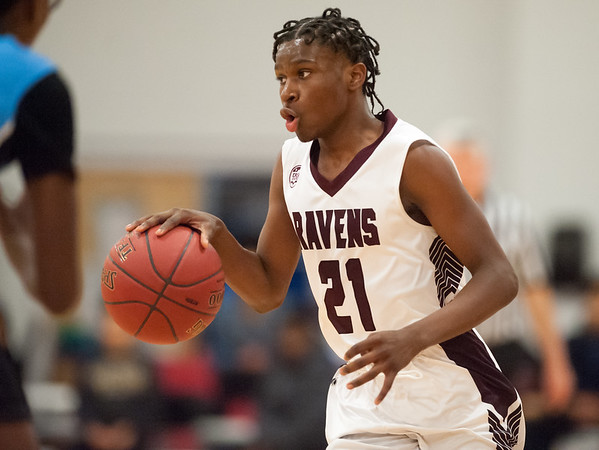 CROMWELL - Three months ago, before the conference tournament title, before the state tournament games, the Innovation boys basketball team gathered in its gym and came up with what would be one of its signature mottos for the upcoming season: “If you put the team first, success will follow.”

The Ravens embraced it. Individual success, they said, would only come as a result of what the team did.

“And it was never a question of guys putting the team first, they just wanted the team to win,” Innovation head coach Matt Lance said. “When you have a bunch of competitive guys that come together and push each other every day in practice to get better, everything we did was for this moment right here.”

That moment was the Division V state tournament quarterfinals on Saturday night, a place that was unlikely not that long ago. While it ended in a two-point loss to Cromwell, and would have been just another game for some other programs, for the Ravens it was not, especially considering where they had been.

In its previous four seasons, Innovation had never had a winning season, never qualified for the state tournament, never won a conference tournament. It was, at times, a slow and tedious process to start a program from scratch.

That all changed this season. As a team that was seen as still in building mode, though making small improvements each year, the players were up to the challenge that had laid ahead, and more than met it. When they walked off the court for the final time this season, the players had crossed off a number of firsts for the program.

Qualify for the state tournament and win games - check and check.

They accomplished all that by having to learn a completely new set of teammates following the merger of Innovation and Two Rivers High School, which had been shut down. It also meant a different role for some, and for others, reduced minutes. Yet even that hardly seemed to matter.

“Honestly, it’s all just love throughout the team,” junior Lenny Okonya said. “Not a lot of people thought we could do this, but all we care about is winning. Nobody cares about which school anyone came from. None of that mattered at the end of the day. In practice, in games, all we cared about was putting the best product out on the floor. We expected to not only go this far, but farther than this.”

Innovation is set to lose eight seniors, a group Lance said helped put the program “on the map.” The way the head coach and his players see it, though, the Ravens are only set to get better - not only by bringing back key players such as Okonya, Carlos Gonzalez, Ramiesh Bogle and Lester Emmanuel, but because the bar that has been set can always be moved higher. Innovation expects titles, nothing less.

That is what made Saturday’s loss against Cromwell particularly difficult for the Ravens. They expected to be playing longer.

As the team walked out of the locker room and onto the bus, far from the ending it had wanted, the message from Lance on down to the players was similar. But it was Bogle who perhaps put it best.

“We proved everyone wrong, that we wouldn’t be able to do any of this and we did,” Bogle said. “Nobody knew who Innovation basketball was and they know who [we] are now.”