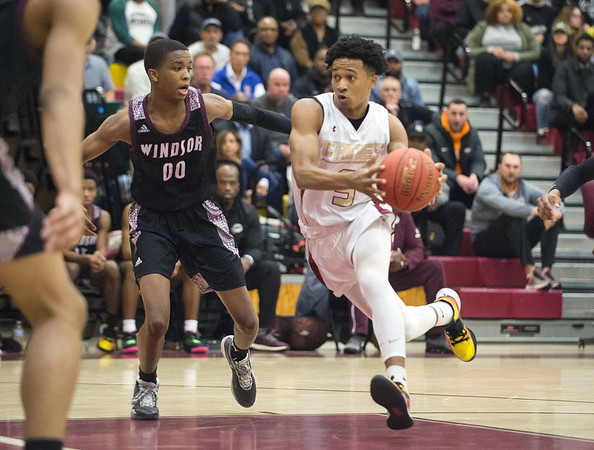 The Connecticut High School Coaches Association announced the rosters for its 45th annual Boys Basketball All-Star Festival and three local high school seniors and one local coach will be participating in the double-header set for March 25 at The Morgan School in Clinton.

The first game will be between teams comprised of players from Divisions III, IV and V and St. Paul’s Noah Waters was named to Team Constitution. Waters is the only local player competing in this game and will have the opportunity to share the court with top players from the three classes such as Tolland’s Brian Geitner and Capital Prep’s Kobe Anderson and Northwest Catholic’s Guy Ragland Jr., who will both play for Team Charter Oak.

Tip off for the Team Constitution against Team Charter Oak will be at 5:45 p.m.

The following game will pit the best players from Divisions I and II against each other and Tahmeen Dupree of New Britain and LJ Hazelwood of Innovation will be come together on Team Mohegan. The game should be a good opportunity for Hazelwood to shine as Matt Lance, his head coach with the Ravens, is one of the coaches for his team.

Team Mohegan also features Zach Laput from Notre Dame-West Haven and Farmington’s Grayson Herr. Their opponent, Team Pequot, however, features Justic Ellison and Primo Spears from No. 1 Windsor and Matt Knowling of No. 2 East Catholic. Tip off for the second game will be at 7:15 p.m.