Expand your horizons with the TV station Univision 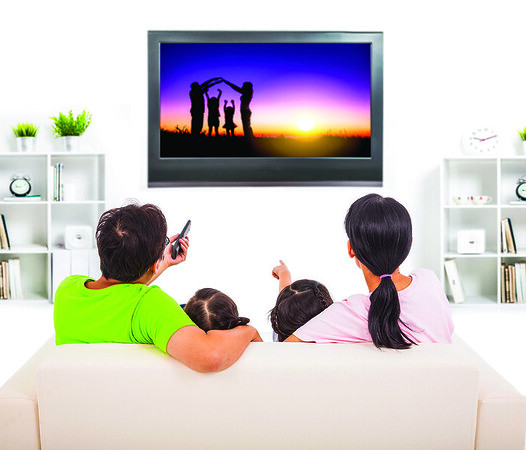 Looking for something to watch or to expand your cultural horizons? Univision, located at One Constitution Plaza, Hartford, may be just what you’re looking for. A broadcast station partnered with Unimas to provide “broadcasts in Spanish with top-notch shows, news and popular programming,” station manager Sulma Avenancio states.

Founded in 2001, the company has spent the past 18 years supplying its viewers with culturally relevant programs that allow them to “engage and interact with their community, and show them how to find ways to stay integrated” Avenancio said.

By viewers’ consuming the programs they watch, they learn how they can engage with the world around them, giving them a voice. The company also supports the social media platform by providing its own branded service called Pulpo Media, “an application that allows viewers more opportunity to engage and interact with each other,” Avenancio said.

The company is focusing more of its resources toward its community involvement, planning several upcoming events for May, June, July, and August. In May, they will be participating in the Barber Expo in the hopes to reach more male viewers to entice them into the sports events/shows throughout the season; the Greater Hartford Latino Fest and Puerto Rico Fest as well as the soccer games in June. Avenancio also mentioned that they just recently started filming community and informational segments, affording viewers things like health information concerning medical insurance and health initiatives or other areas of particular interest to the culture.

The network broadcasts news in Spanish daily at 6 p.m. and 11 p.m. and children’s programming on Saturdays, 8-11 a.m. Avenancio recalled a viewer telling her, “My child learned Spanish by watching the shows on Saturdays.” Univision operates three networks, Univision-Hartford, Unimas-Hartford, and Univision-Springfield; support 62 + local TV stations and “celebrates its diversity through three pillars, be seen, be heard and be counted.” The company prides itself on its future endeavors- expanding their reach and creating a larger more diverse audience. Univision is available on Channel 18.

For more information about Univision or their other networks go to https://noticiasya.com/hartford-springfield/eventos/, visit the Facebook page or call 860-278-1818.