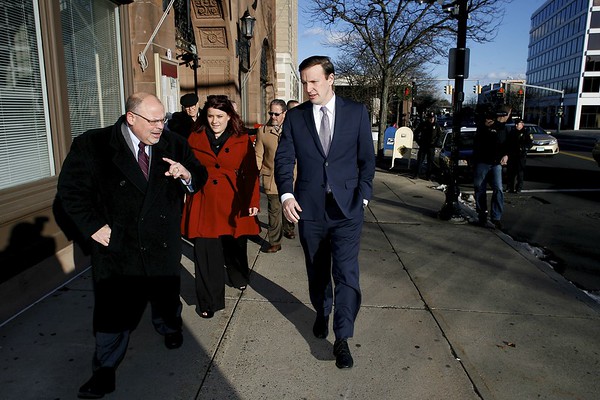 NEW BRITAIN - Things are looking up in the New Britain Downtown District as several residential housing units are being filled and businesses are coming in.

About 200 new residencies are expected to be filled by the end of the year, according to Bill Carroll, the city’s director of the Department of Economic Development. “The unexpected growth in residential and businesses is a good sign.”

One of the popular draws has been the Columbus Commons mixed-use project, which has approximately 160 residential units and 20,000 square feet of commercial space. The state had approved a $5 million loan to project stakeholders that helped with the construction of 60 new units of workforce housing. With proximity to CTFastrak and downtown, the mixed-use development will add to this city’s transit oriented development. The city is expecting all leases to be signed by early April.

“In some ways, we’re keeping ahead of the curve in terms of getting both residential and commercial projects in,” said Gerry Amodio, executive director for the district. “We’re hoping with the transit system, new businesses and new residential units, we can become integral for people who are looking for a place to live.”

Other ongoing and completed residential projects include 222 Main St., Courtland Arms, the Doris Building, the Packard Building, the Berkowitz Building and the Andrews Building.

“We’re getting what we need to create a dynamic downtown, which is what we’re working towards,” said Justine Moriarty, chairwoman of the district. “Of course, there’s always work to be done. But it’s good that we have ongoing movement.”

The Energy and Innovation Park is also considered one of the most significant private sector investments in state history, according to the district. The park will construct a 19.98 megawatt fuel cell grid on the Stanley Black & Decker campus, which upon completion will generate tax revenues upwards of $45 million for the city throughout a 20-year span.

With all the new and diverse projects going on, both Amodio and Moriarty hopes it will contribute to the changing face of the city. They also want to attract projects that have a focus on the arts in the near future.

“There is a resurgence of interest in the arts from the youth and we’d like to focus on that,” said Moriarty. “Young people want experiences and we hope to give them those experiences with our downtown.”