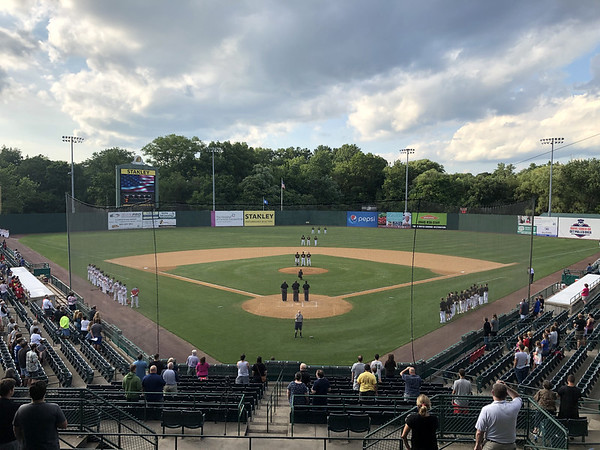 The New Britain Bees lost their second straight game on Sunday afternoon, falling to the North Shore Navigators in lopsided fashion by a score of 16-3 at New Britain Stadium.

The Bees jumped ahead first when city native Danniel Rivera smacked a home run in the first inning, and New Britain added to that lead when CCSU product Noah Martinez hit a homer of his own, but the Bees’ bats went quiet after those two blasts, and the Navigators’ offense woke up in the later innings.

Trailing 2-1 heading into the sixth, North Shore went to work when Sal Frelick reached on an error and Ben Malgeri followed with a home run to give the Navigators the lead. Later in the inning, Jack Whorf singled in Cody Morissette to make it 4-1, and they were far from finished.

North Shore pushed across five runs in the seventh, getting an RBI double by Malgeri, an RBI single from Morissette and another run-scoring double from Whorf to put the Navigators in complete control. Morissette added yet another RBI single in the eighth before North Shore continued to pour it on in the ninth, when Malgeri blasted a grand slam to make it 16-2.

UConn product Ben Casparius kept the Bees in it early thanks to five runs of one-hit ball, including seven strikeouts, but Bristol native Jagger Duquette labored in relief as the Navigators’ offense pounced after being contained by Casparius for five frames.

The Bees fall further into last place with the loss, and will be back home to face the first-place Worcester Bravehearts on Monday at 6:35 p.m., part of a stretch where the team plays 12 games in 11 days.