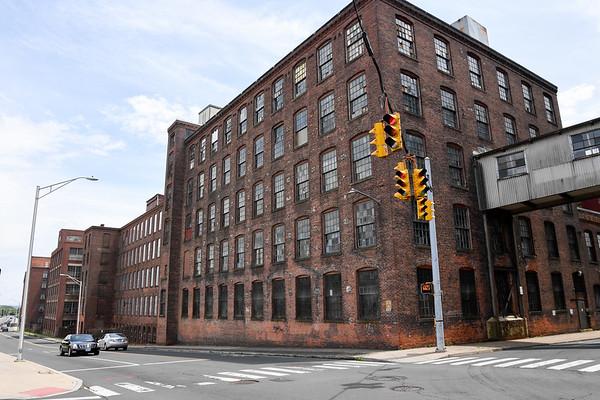 NEW BRITAIN - When it was announced that Stanley Black & Decker was planning to demolish all nine buildings it owns east of Curtis Street and south of Myrtle Street, some residents celebrated an opportunity revitalize the corner, while others were upset that their beloved city would be losing a bit of its history.

“Historic factory buildings are part of the excitement of visiting and living in a city with some history. Removing them entirely removes the excitement and character as well,” said New Britain resident Charles Tersolo.

On July 19, the Facebook group “Save the Stanley Nine” was created to rally public support for delaying the buildings’ demolition in hopes of preserving them. As of Monday afternoon, the page had has 95 “likes,”and 99 followers.

“All of us feel that the loss of one of our last and oldest industrial facilities is a major and irreplaceable loss to our city and the building,” said Brendan Rudge, a city resident and one of the founding members of the Facebook group.

He said the group believes the buildings would better serve the community if they were to be restored and developed rather than be razed and become “the empty lot that would take its place.”

“Over the course of more than 10 years we have explored countless opportunities for alternative uses for the buildings with the city and with many other developers. None of those opportunities proved to be viable. The buildings have now deteriorated to the point of becoming unsuitable for other uses and have become a safety concern,” Tim Perra said.

The buildings were built in the late 1800s and have not been used since the 1990s. Time and the elements have taken their toll.

“We deeply appreciate the history and heritage of the city that we’ve called home for nearly 175 years, and we take our role in that history very seriously,” said Perra. “Throughout this entire process, we worked with the city and all other state and historic agencies with relevant jurisdiction prior to making the decision to demolish the buildings in question.”

Perra said the process began about a year ago. Stanley filed a claim with the State Historic Preservation office last August, and it concluded with a tour through the facility in April, when the buildings were deemed unfit.

Despite the group’s efforts to ask for a delay of demolition for the buildings, the process has already begun with the removal of asbestos.

Demolition will not be complete until sometime next year, and plans for the site after that are still unclear.

“We haven’t determined yet what our plans for the land are,” Perra said.

There has been talk that Farmington-based Thunderbird CHP plans to develop a technology park on another parcel of land on the site of the former Stanley complex.

According to a report by the Hartford Business Journal, the park could include $500 million in capital investment, and Thunderbird hopes it can be a hub for users such as ESPN, the University of Connecticut and Yale University.

UConn economist Fred Carstensen, who was commissioned by Thunderbird to do a report, said the project could create 1,000 jobs and more tax revenue for New Britain, but nothing is definite yet.

Rudge said the group is in the process of organizing its first public meeting, and details have yet to be announced. Members also been reaching out to local and state leaders, but have gotten mixed responses.

Mayor Erin Stewart and state Rep. William Petit Jr. both have said nothing can be done because the land is private property.

Stewart told The Herald in July that demolition is in the best interest for the area because the buildings have become “structurally unsound and a safety hazard.”

“Save the Stanley Nine” members have also been in talks with members of the Common Council. Rudge said,

Alderman Chris Polkowski is in favor of the demolition, but others “seemed to at least have some level of concern about the project.”

Although the buildings are a part of New Britain’s history, Perra said it’s important to note that they are not on any list or registry of historic buildings.

“It is also important to point out that although we have had a longstanding strong relationship with the city of New Britain, we own the properties and decision to demolish them was ultimately our decision,” Perra said.

Angie DeRosa can be reached at 860-801-5063 or aderosa@centralctcommunications.com