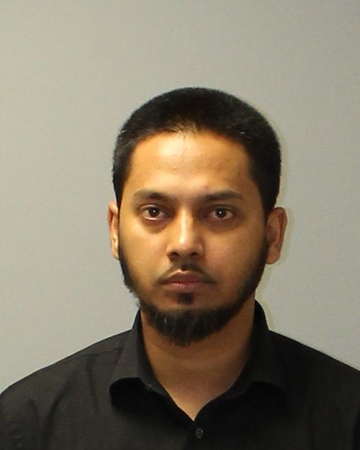 NEW BRITAIN - A court interpreter was charged by state police Monday with attempted kidnapping after he allegedly tried to lure a 12-year-old girl out of New Britain Superior Court in September.

Mahfuz Alhamid, 28, of Meriden, is accused of asking a girl waiting for her mother, who was having a probation meeting, if she would kiss him and go out to the parking lot with him.

The girl became frightened and approached a stranger for help at the courthouse, a warrant for Alhamid’s arrest said.

The man she asked for help was wearing a court-ordered electronic ankle bracelet and at first refused to get involved, the warrant said.

He then changed his mind and asked Alhamid why he was bothering the girl, the document said.

Alhamid told the man he had been on his phone and had not spoken to the child.

Alhamid then hurried out of the courthouse toward the garage.

Judicial officials determined that Alhamid was the man who had tried to lure the child and that he had been at the courthouse working as an interpreter translating the proceedings for defendants there when the alleged incident occurred, the warrant said.

He turned himself in to state police Monday morning to face a warrant charging him with attempted first-degree kidnapping, risk of injury to a child and breach of peace.

He is being held on $250,000 bond until his appearance in New Britain Superior Court today.