New Britain Board of Education seeks a $5M budget increase 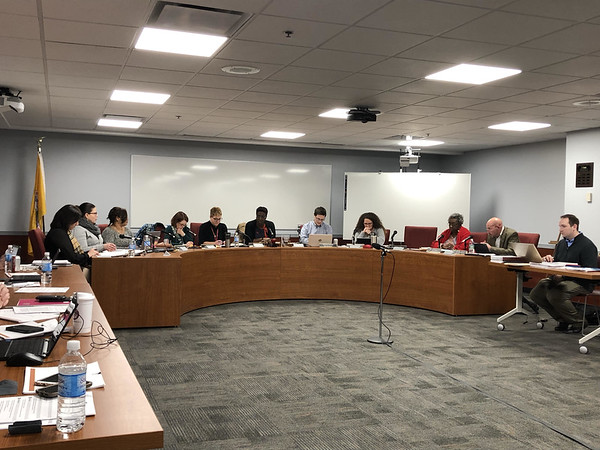 Skyler Frazer | Staff The Board of Education held its first meeting of 2019 on Monday, Jan. 7. Buy this photo
Published on Monday, 7 January 2019 20:25
Written by Skyler Frazer

NEW BRITAIN â€“ The Board of Education officially kicked off the cityâ€™s annual budget discussions Monday, its first meeting of 2019, when the body was presented with Superintendent Nancy Sarraâ€™s budget proposal for the next fiscal year.

A majority of the increases in the budget request are due to insurance, fringe benefits and salary increases.

As Kane told the board in November, the school district slipped from 167th to 168th out of 169 municipalities in the state in terms of per-pupil expenditure in the 2017-2018 school year. The district has about 10,000 students.

Last June, the Board of Education adopted a budget of $125.7 million for the 2018-19 fiscal year, the same amount it was allotted in 2017-2018. Sarra had previously asked for at least $2.5 million in additional money from the school districtâ€™s 2017-2018 budget. An amended version of the current budget proposed by Common Council Democrats would have given more than $400,000 in additional money to the district, but it was ultimately vetoed by Mayor Erin Stewart.