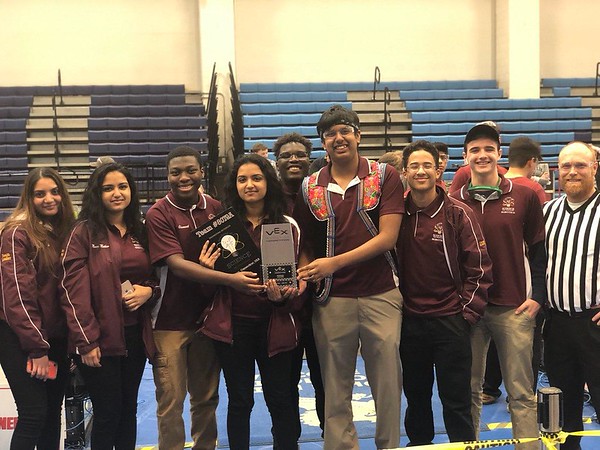 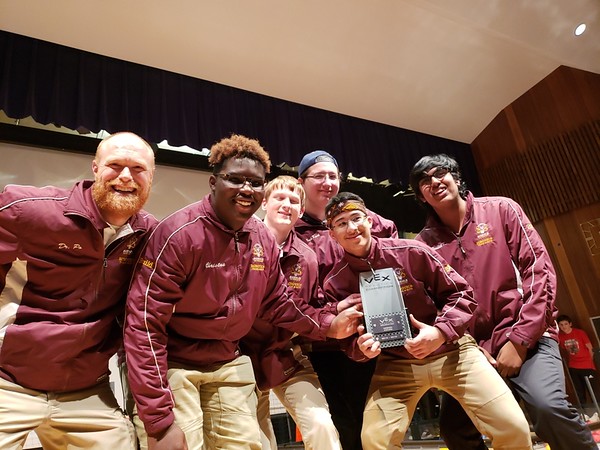 NEW BRITAIN ‚Äì CREC‚Äôs Academy of Science and Innovation is looking for funds to help students with the costs of competing in the U.S. Robotics national and world competitions as well as a competition in Hong Kong in January of 2020.

The Academy of Science and Innovation robotics team recently won the 2019 Southern New England championship in engineering design, which qualifies the team for the national and world competitions.

‚ÄúWe just won this regional competition, which is the New England Region,‚Äù Robert N. Polselli, Jr., ASI robotics instructor, said. ‚ÄúThat puts us in the top 73 robots in the world with engineering design and there are 22,000 robots in this competition. We have a huge shot. Obviously, we are going to compete against the best of the best in the world, but only 73 teams get to compete in the engineering design portion of it. We have top potential to be world champions this year, which is to me like the biggest dream come true.‚Äù

Twenty students from ASI are going to compete in the U.S. Robotics National Competition next week. Among them are students in eighth grade and students in all high school grades.

According to Polselli, even though the school could use money for the national and world, he is mainly concerned about the trip to China.

‚ÄúWe are competing at U.S. Robotics National Competition and we have that pretty much paid for by the kids and sponsors,‚Äù Polselli said. ‚ÄúRight now we need more sponsors for the World Robotics Competition and World is in the end of April. I think we may be OK money-wise because the kids are going to pay a little bit more.‚Äù

‚ÄúIf we don‚Äôt get that money we can still probably go, the kids are just going to have to pay more,‚Äù Polselli said. ‚ÄúWe usually charge the kids $150 to $250. Right now, we are charging the kids $500. If we get any more sponsors, that would defray the cost for the kids or it will go into next year‚Äôs budget which going to be for National, World and for China..‚Äù

Going to China in 2020 is the team‚Äôs long term goal. Approximately 12 students are expected to go to China next year. The cost is predicted to be $4,000 per student.

Polselli is hopeful that with the right sponsors students will be able to make it to these competitions. He said Stanley Black & Decker has already committed $10,000 and Peter Paul has committed $2,000.

Individuals or businesses interested in sponsorship opportunities can visit ASI Robotics Website asivexrobotics.weebly.com or donate via PayPal at www.crec.org/c/asi-robotics .