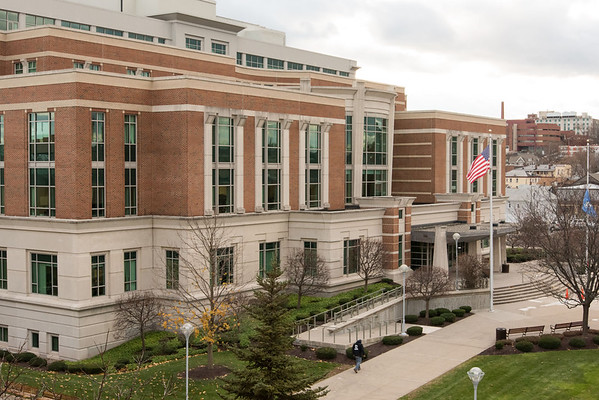 NEW BRITAIN - A city man was sentenced Wednesday to three years in prison followed by several years of special parole for sexually assaulting three of his children who were under the age of 10.

Donald Sundwall, 52, of Winter St., received his sentence in New Britain Superior Court from Judge Joan Alexander after previously pleading guilty under the Alford Doctrine to the substituted charges of third-degree sexual assault and risk of injury to a child in one case involving one of the children.

He received the same sentence to run at the same time for previously pleading guilty under the Alford Doctrine to risk of injury to a child for the two other cases involving the other two children.

A plea under the Alford Doctrine means the defendant agrees with some of the facts in the case, but not all of them, and pleads guilty to avoid having to go to trial, which could result in a harsher penalty.

Sundwall was previously facing more than a dozen charges in the case, including multiple counts of first-degree sexual assault and three counts of employing a minor in an obscene performance and illegal sexual contact.

But because the state was constrained by the amount of evidence it could prove in the case, the state settled on a sentencing deal that was appropriate, not necessarily what Sundwall should’ve received, prosecutor Brett Salafia said during the court appearance.

As part of the sentencing, Sundwall was ordered to have no contact with the children until they are 18. Sundwall must also comply with a 10-year sex-offender registry requirement because of the sexual assault charge. He must stay away from children under the age of 16, have zero tolerance for alcohol or illegal drugs, and comply with several other conditions during his special parole.

Sundwall’s parole will begin in less than two weeks on July 22, since his prison sentence was credited back to start on that date in 2016.

Attorney Claudia Barberi, who represented the children, said during the sentencing the oldest child received so much damage from the incidents a clinician is unsure if the child will ever become a fully stable and functioning adult. The three children are some of the most badly broken children he’s seen in his lifetime, Salafia said.

Sundwall’s ex-wife, Stacie Martell, was charged with three counts of risk of injury to a child and her cases are on the trial list, with a date to be scheduled, according to court records. She remains in custody on $750,000 bond.

According to court papers and police, Sundwall molested his three children, ages 10, 8 and 4, when they were living with him and his ex-wife in New Britain before 2015.

The assaults were reported to city police in September of 2016 by the state Department of Children and Families, which had custody of the children, police said. The three girls were placed with a therapeutic foster family after allegations of neglect involving Martell and Sundwall occurred in 2014.

The caregivers who took the girls in noticed the children had inappropriate knowledge of sexual activity, and they would talk about being sexually abused by Sundwall, a warrant said. The older children allegedly told authorities that Martell was present when most of the abuse occurred but didn’t stop it and that Sundwall would hit them or threaten them with knives to make sure they didn’t mentionw his activities.