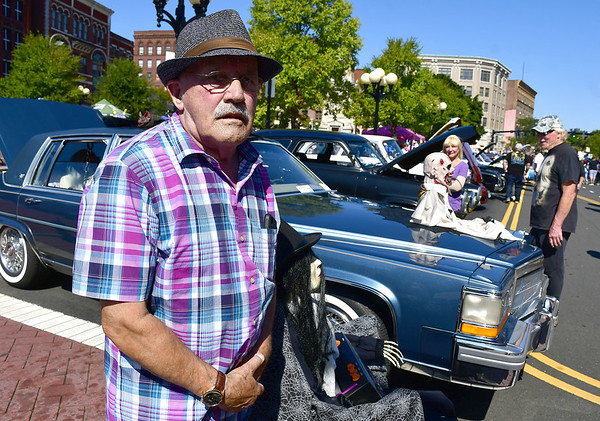 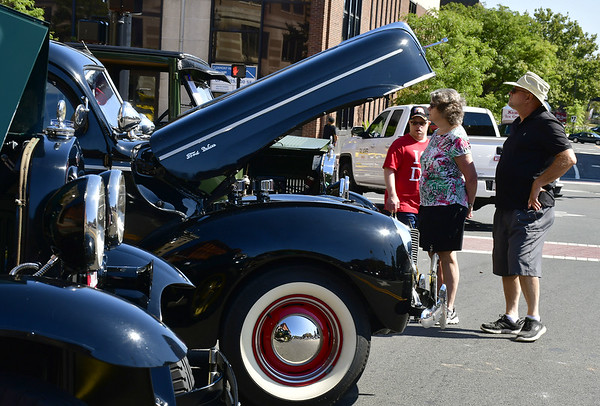 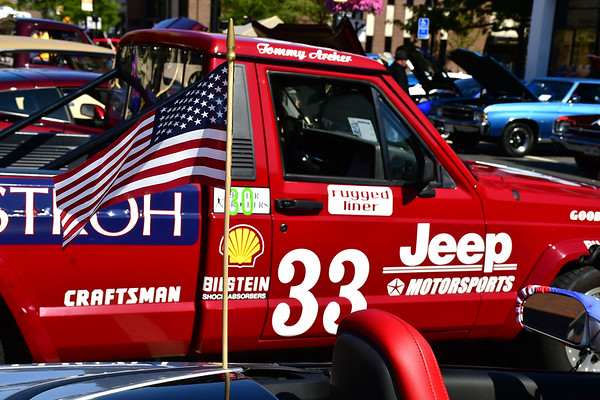 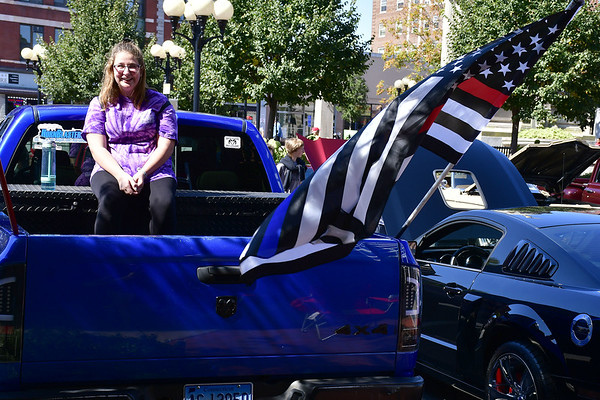 9/21/2019 Mike Orazzi | Staff Emily Madeley sits in the back of a 2007 Dodge Ram 1500 during the New Britain Downtown District's 13th annual car show on Saturday. Buy this photo

NEW BRITAIN - Cars of all kinds lined the streets of downtown Saturday. But it wasn‚Äôt traffic.

Gerry Amodio, executive director of the New Britain Downtown District, said the show was lucky number 13, and lucky it was with 150 cars out and the sun shining.

For Amodio, the show was a perfect opportunity to showcase what the city has to offer.

‚ÄúOne of the biggest things when you do inner city marketing is that people know it‚Äôs safe, secure and that there‚Äôs things to do here,‚Äù Amodio said.

‚ÄúWe have cars from all over New England here,‚Äù he added, saying that many of the car enthusiasts will go home with a positive impression of the city. ‚ÄúThat‚Äôs our goal: to make New Britain shine in everyone‚Äôs eyes.‚Äù

The Masons were at the event selling food, the proceeds of which also benefit the explorers.

‚ÄúWe‚Äôve been doing this for several years,‚Äù Catanzaro added. ‚ÄúThis is one of our biggest and best community outreach programs.‚Äù

One of the more eye-catching cars belonged to James Hellandbrand. He decorated his 1986 Cadillac Fleetwood Rome with zombies, rats and bats for Halloween.

Hellandbrand said he‚Äôs been doing Halloween at car shows for 11 or 12 years. He got into it when he did Halloween with his kids.

‚ÄúI know a lot of people at this car show,‚Äù Hellandbrand said. ‚ÄúAnd I like doing things for the kids. I got to stay young somehow.‚Äù

Sheila Wagner attended with her grandson and his mother.

Adrian Cieplinski, first contingent marshal for ‚ÄúMala Polska,‚Äù came to the event to not only look at cars, but to let people know about the Pulaski Day Parade in New York City on Oct. 6. He mentioned that there will be buses from New Britain to the city so people can attend.

He was also a fan of the car show, adding that he liked both the older and newer cars.