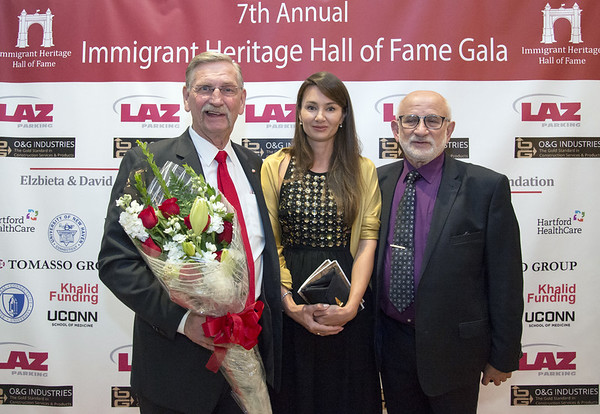 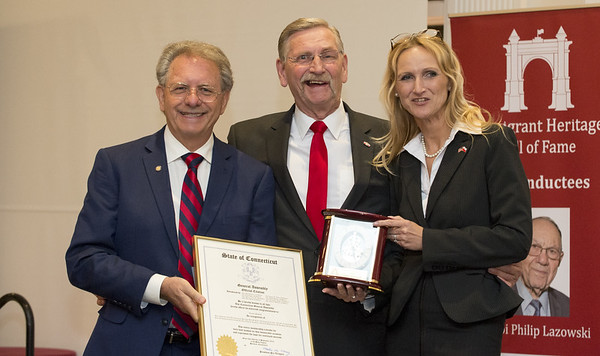 09/26/19 Wesley Bunnell | Staff The Immigrant Heritage Hall of Fame Gala and Induction Ceremony took place on Thursday evening at The Aqua Turf in Southington including two inductees with New Britain ties. Dr. Zulma Toro the President of CCSU and former mayor of New Britain Lucian Pawlak. Lucian Pawlak as he is introduced. Buy this photo 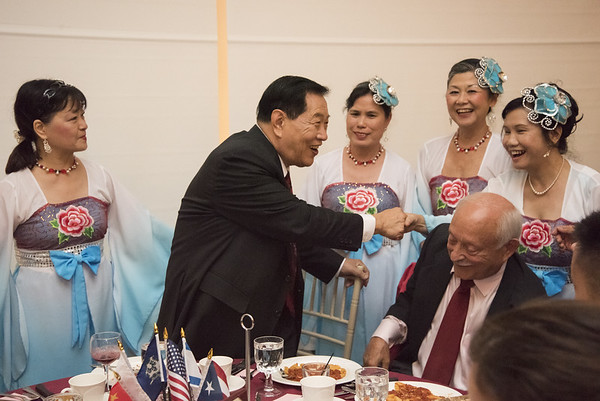 09/26/19 Wesley Bunnell | Staff The Immigrant Heritage Hall of Fame Gala and Induction Ceremony took place on Thursday evening at The Aqua Turf in Southington including two inductees with New Britain ties. Dr. Zulma Toro the President of CCSU and former mayor of New Britain Lucian Pawlak. Inductee Dr. Henry Lee with Chinese Ribbon Dancers before their performance in his honor. Buy this photo 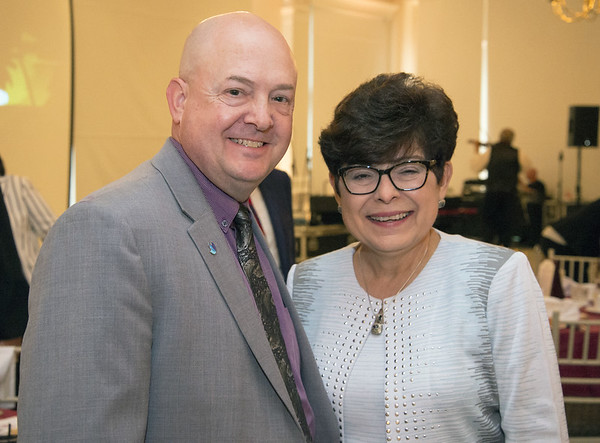 09/26/19 Wesley Bunnell | Staff The Immigrant Heritage Hall of Fame Gala and Induction Ceremony took place on Thursday evening at The Aqua Turf in Southington including two inductees with New Britain ties. Dr. Zulma Toro the President of CCSU and former mayor of New Britain Lucian Pawlak. Dr. Zulma Toro stands onstage as she is in introduced while Asha Lassen looks on. Buy this photo 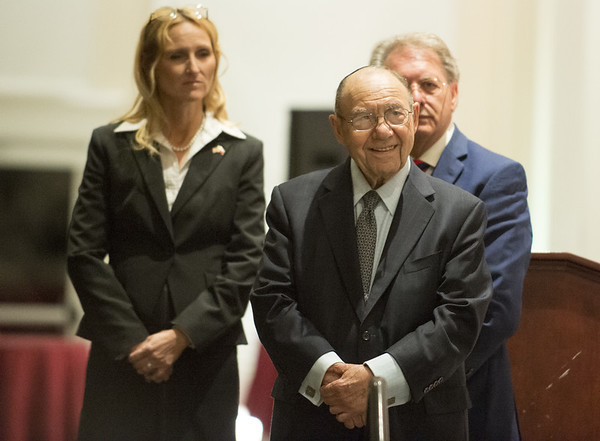 09/26/19 Wesley Bunnell | Staff The Immigrant Heritage Hall of Fame Gala and Induction Ceremony took place on Thursday evening at The Aqua Turf in Southington including two inductees with New Britain ties. Dr. Zulma Toro the President of CCSU and former mayor of New Britain Lucian Pawlak. Rabbi Philip Lazowski smiles as he turns to look at a large video screen honoring his life. Standing behind him are Asha Lassen and Demetrios Giannaros. Buy this photo 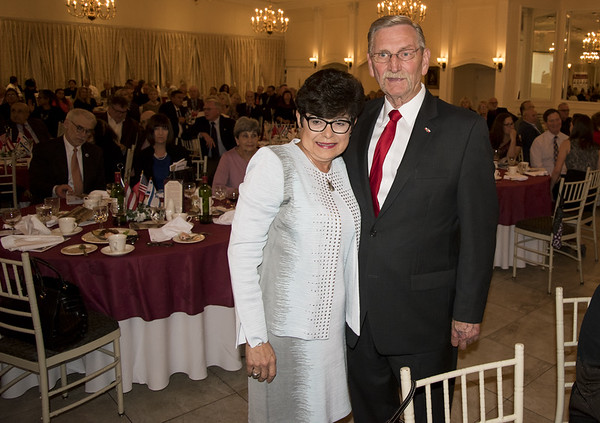 “This was a very successful event. We broke records in terms of participation (about 400 people), sponsorships, and advertisements in our program book and the level of enthusiasm,” said Demetrios Giannaros, co-chair of selection committee and member of the planning committee.

These individuals are immigrants who have worked hard from the moment they arrived in the U.S. and made contributions to the cultural, economic and civic development of Connecticut and the nation.

“I feel greatly honored,” said Lazowski. “Take a look at how many people came to support me, over 100 people from the convocation, that I know from the hospital that I worked at and the senate. It is great to see so many people come and pay homage to me and the other nominees.”

Lazowski is a Holocaust survivor who dedicated his life to faith and to ensuring that the horrors of the Holocaust are never forgotten, often by speaking to students and the senate. He is the author of dozens of books.

“The core principle of the Immigrant Heritage Hall of Fame is that, as a nation of immigrants, the heritage of all immigrant and ethnic communities is part of our common American identity and culture. We should celebrate it as our common, yet diverse, American heritage. In this, our aim is to change the way Americans think of themselves,” said Andre Blaszczynski, a co-chair of the planning committee.

This event is a way of educating the public and celebrating accomplishments, he said.

“This whole induction ceremony is really doing an important job in today’s world: recognizing immigrant contributions,” said Lee. “This country is a country built by immigrants. Without immigrants we don’t have a United States.”

Lee is a well-known forensic scientist who has fundamentally changed the way modern-day criminal investigations are conducted. He has helped solve cases around the world and taught as a professor at more than a dozen universities.

“I am humble,” said Toro. “I just want people, Latinos and Latinas, to understand that this is an accomplishment and an award that I share with them. I want them to see that it is possible for them too. It’s not only about me, it’s about them.”

Toro is the first female and first Hispanic President of CCSU. She is an extraordinary leader dedicated to making higher education more diverse and inclusive with an extensive array of publications.

“I always try to talk to people about an attitude of gratitude. I just want to thank people. I’m overwhelmed with the support that I’ve gotten over the years with the things I want to do and accomplish. Partners that supported me, friends who would stick by me no matter what and my family. My kids probably gave up their childhood as I ran around playing politics and becoming a member of so many varieties of organizations,” said Pawlak.

Pawlak is the city’s Registrar of Voters and a selfless, beloved member of the New Britain community. He worked for the public works department, served as City Treasurer, Town and City Clerk and Mayor.

“I’ve been so proud to call Lucian my friend and to work with him in public service. I’m glad he’s back because he’s the Registrar of Voters and I’m the Lt. Governor so we have the opportunity to work with one another,” said Lt. Governor Susan Bysiewicz. “But he’s the biggest booster of New Britain that I know and he has held just about every elective office in New Britain.”

Bysiewicz was the keynote speaker of the night.

The Master of Ceremonies for the night was Wally Kostrzewa.

“Wally has been Master of Ceremonies for a number of years, and shares a commitment to recognizing outstanding individuals who have contributed to the fabric of our communities,” said Bernard Kavaler, the public relations consultant.

There was also, a greeting video from U.S. Sen. Richard Blumenthal.

Guests indulged in food, wine and music by the Gypsy Dream.

“The combination of genuine, heartfelt and poignant remarks from the honorees, powerful video profiles highlighting their life’s journey and wonderful cultural performances made for a very memorable evening. At the heart of it is the recognition that we are a nation of immigrants and that remains the core strength of America,” said Kavaler.