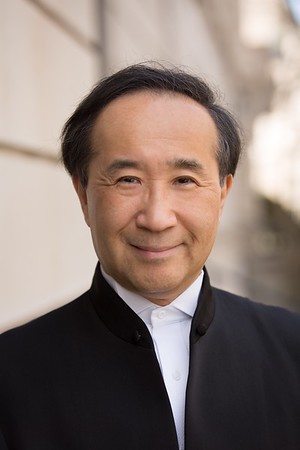 The public is encouraged to attend the program â€śToshiâ€™s Choice,â€ť and welcome him to this NBSO.

This is the opening concert of the 2019-20 season. Featured will be three of Shimadaâ€™s favorite pieces; â€śKatahdin (Greatest Mountain)â€ť by Tom Myron, Tchaikovskyâ€™s Violin Concerto in D Major and Dvorakâ€™s Symphony No. 8.

â€śKatahdinâ€ť is a fairly new piece about the mountain in Maine and the life of the Native American people and their music.

The Tchaikovsky concerto will feature guest violinist Solomiya Ivakhiv, a professor of music at UConn and a friend of Shimada.

Dvorakâ€™s Eighth Symphony will challenge the orchestra to bring out all of its emotion.

The New Britain Symphony Orchestra is a 70-piece professional orchestra that was founded in 1948 by members of the music department at CCU. Its mission is to bring classical music of the highest caliber to New Britain and surrounding communities. It has hosted noted guest performers from Andre Watts to Victor Borge.

Shimada became conductor/music director of the NBSO in September. He serves in the same role with the Eastern Connecticut Symphony Orchestra and the Orchestra of the Southern Finger Lakes, in New York, as well.

Shimada will be conducting a New Yearâ€™s Eve concert in Istanbul, Turkey.