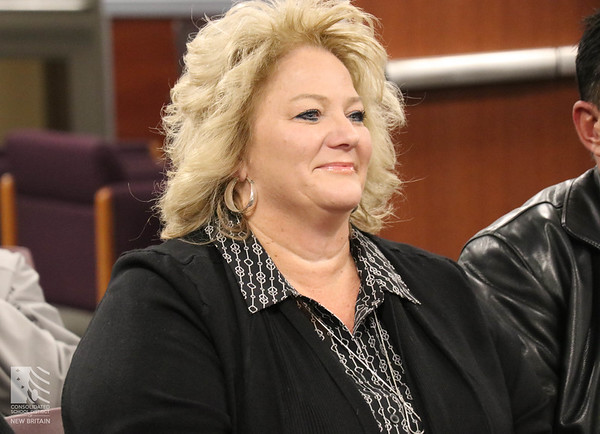 NEW BRITAIN - Smalley Elementary officially has a new principal, Andrea Foligno, who has been serving as the interim principal of Smalley since last year.

She took the reins from Elsa Saavedra, who retired last May after over 30 years of serving as Smalley’s principal. Foligno, 52, stepped up in the interim and will now begin her 19th year working in the Consolidated School District of New Britain as Smalley’s new principal. During the first 16 years, she worked as a first-, second- and third-grade teacher at Gaffney Elementary.

“This is an exciting time to be working in New Britain and in partnerships across the district to prepare our students for the future,” said Foligno, who emphasized the importance of preparing students with different skill sets to face post-graduation life, whether it is in the workforce or continuing their education. “The jobs, careers, and opportunities are changing, so we have to change with them.”

Under Foligno’s leadership, Smalley has focused on welcoming the community both during and after the school day, according to the district.

Smalley has held special events this year that have drawn large attendances, including a carnival-themed open house and a Halloween “Trunk-Or-Treat,” which attracted over 800 students and parents to participate.

Family members continue to be welcomed during the school day to encourage involvement in the students’ academic success by attending things like STEAM classroom activities, which is an enrichment curriculum that focuses on science, technology, engineering, arts and mathematics.

Franco Cartiera, a STEAM teacher, said Foligno has made the Smalley staff, students, and their families her priority since day one. “As a leader she has lifted the morale in the building by just simply listening to the concerns and ideas of others around her. Her dedication to the Smalley community is unparalleled, as she understands that building a tight community is extremely important,” he said.

Smalley has also shown the greatest improvement in attendance of every school in the district, decreasing chronic absenteeism by 7.06 percent through the first 40 days of the school year compared to last year, according to the district.

“Mrs. Foligno has done an amazing job leading Smalley, especially through the transition into the newly renovated building,” said Nancy Sarra, superintendent. “She has always been involved and active in the CSDNB community and has hit the ground running at Smalley with a strong knowledge of the direction the district is going. Her commitment to the success of her students and ability to connect with both families and staff make her the perfect person to lead the Smalley community into a bright future.”

To Foligno, nothing could be done without the school and district staff, all of whom made this transition so much sweeter.

“It has been a pleasure to work with them all, they’ve really made the experience very special,” she said, “And by working together,we will continue to make Smalley a greater place.”