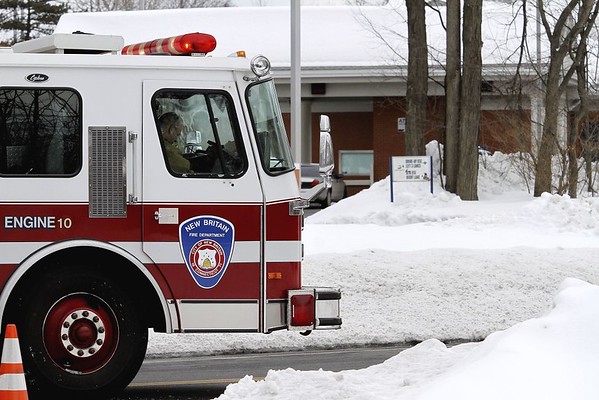 Four families, consisting of eight adults and five children were forced to evacuate their homes and seek help from the Red Cross after a fire burned through the top floor of their three story apartment structure, New Britain Fire Chief Raul Ortiz said.

The New Britain Fire Department were called to 105 Clark St. at around 8:30 p.m. Sunday night.

“When companies arrived they saw smoke coming from the top floor,” Ortiz said.

It took crews about 10 minutes to put out the fire, but there was significant damage to the top floor and attic areas, and the bottom floors suffered serious water damage, Ortiz said.

The Red Cross provided assistance to meet the families’ immediate needs, including comfort kits containing personal care items such as toothbrushes, deodorant, shaving supplies and other items a resident might need when displaced by a fire.

“Those affected will connect with Red Cross caseworkers in the coming days to work on a longer-term recovery plan,” a statement from the Red Cross said.

There were no injuries reported.

Crews were at the scene for about an hour.

The cause of the fire is still under investigation, Ortiz said.