With New Britain's tree lit, it's looking a lot more like Christmas 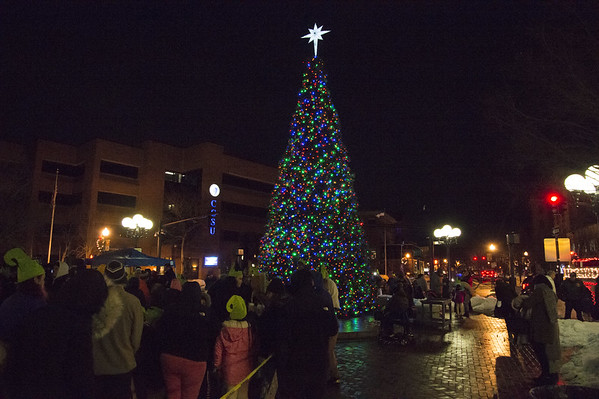 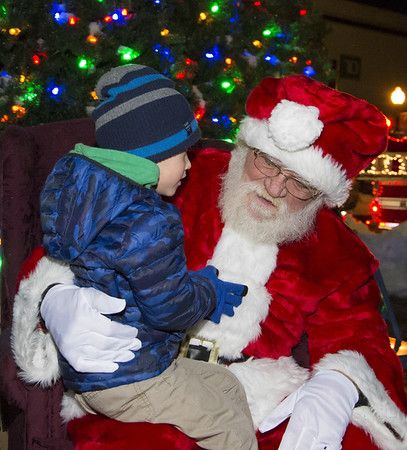 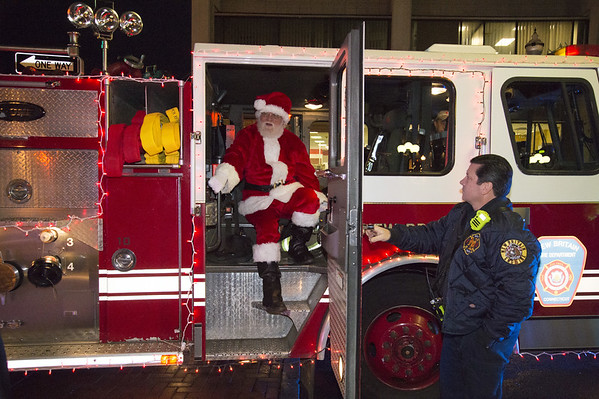 Mayor Erin Stewart, with the help of James Ciccarillo, 4, counted down from 5 before lighting the tree and the crowd cheered with excitement as the 40-foot-tall tree lit brilliantly against the dark sky.

The annual event, sponsored by the city and the New Britain Downtown District, is a tradition the mayor looks forward to every year. She kicked it off by thanking all the sponsors and the city departments involved in making the event happen, including the Police and Fire departments.

Free doughnuts were provided by Dunkin‚Äô Donuts and hot chocolate was given out. The Community Mental Health Affiliates were also at the event, distributing brownies, peppermint bark, and other holiday treats to the children as they eagerly waited for Santa‚Äù

‚ÄúThe lighting of New Britain‚Äôs downtown Christmas tree is a tradition that dates back decades. I look forward to this holiday-kickoff event every year, as it brings together our community for a wonderful evening of music and memories,‚Äù Stewart said.

Santa Claus arrived in style on a fire truck decked out in bright holiday lights. Children gathered eagerly to have a photo taken with Santa and to get a chance to tell him what they wanted for Christmas.

‚ÄúI‚Äôm telling Santa that I want a baby avatar,‚Äù said Angelica Smedley, 8, who was eating a cup filled with doughnuts. ‚ÄúI love doughnuts and I love the tree lighting.‚Äù

Nathaniel Lauger, 9, said this was his first tree-lighting experience and he wanted Santa to know that he would like to have a jet.

‚ÄúI want a jet so I can fly up to the sky and not do my homework,‚Äù he said with glee.

TD Bank volunteers gave out elf hats and toys to the crowd and the YWCA‚Äôs House of Teens program presented a wreath to the mayor as a gift during the lighting ceremony. Jaden Wilkins, a junior from New Britain High School, said the gift was to thank Stewart for all the work she does.

Gerry Amodio, executive director of the Downtown District, said just seeing the smile on the children‚Äôs faces was worth all the work that goes into the event.

‚ÄúThis is a celebration of positive feelings, warmth and just goodwill to everyone,‚Äù he said. ‚ÄúEspecially with everything that is going on with the world, we need more warm feelings like tonight.‚Äù

For Mic Smedley, a longtime New Britain resident, it was nice to see the community come together for an evening of holiday cheer.

‚ÄúIt‚Äôs especially good to see the kids having fun and being out and about,‚Äù she said. ‚ÄúI think it‚Äôs important for New Britain to have an event like this because it brings excitement and laughter.‚Äù