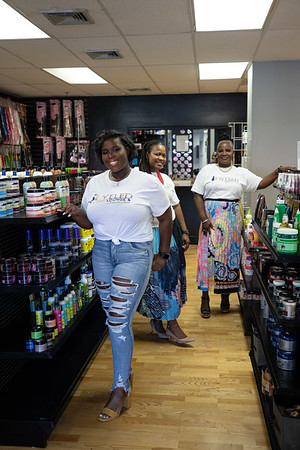 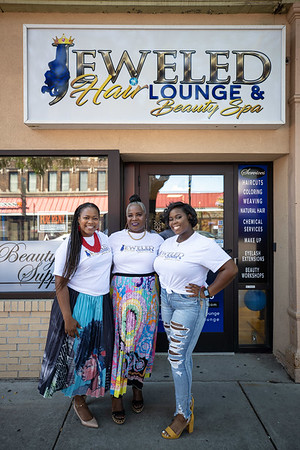 NEW BRITAIN - Jeweled Hair Lounge & Beauty Spa will be hosting a Community Toy Giveaway on Monday, Dec. 16, at 5:30 p.m. for people who are unable to provide gifts for their families due to medical issues or domestic violence.

“One of the main things about Jeweled is giving back to the community at large and we know that this time of year can be challenging for those in need as far as women in domestic violence shelters or due to illness,” said Adrian Goodwin, co-owner of Jeweled Hair Lounge, 44 Main St.

Jeweled has partnered with the Prudence Crandall Center in New Britain, the Cancer Center of Central Connecticut and the Harold Leever Cancer Center in Waterbury for this giveaway.

“I’m a breast cancer survivor, so I know how hard it can be financially on a family if you’re going through treatment and stuff like that and I’m glad that my partners feel the same way,” said Malisa Morris, another of Jeweled’s co-owners. “Being able to help these different organizations with these families gives me joy.”

“Partnering up with the cancer center is very near and dear to her (Malisa) and that’s our mom, so that’s why we definitely wanted to partner up with those organizations,” said Goodwin.

Jeweled will be providing about 10 families with items including toys, socks, baby formula, etc. for Christmas. Each organization will supply the family’s wish list, and Jeweled is going to try to accommodate as much of the list as possible.

“We got a list so far for three families at the Cancer Center of Central Connecticut,” said Morris. “We also received a list for two families from Harold Leever Cancer Center.”

The shop will be festively decorated, and the staff will be greeting the families who are able to attend in Santa hats, with Santa bags and refreshments, hoping to spread some holiday cheer.

“Because of the privacy law, we were informed that some of the families probably won’t show, but there will be a representative from the organization to come and pick up the Christmas packages for the family,” said Morris.

Jeweled is very pleased with the partnerships and the relationships that have been built.

“I’ve been working with the Harold Leever Cancer Center ever since I had been diagnosed with cancer,” said Morris. “I’ve been doing a toy drive with them for the last two years. This is our first time working with Cancer Center of Central Connecticut, but they were very excited that we were even doing something like this and they immediately had a family in mind that was in great need of some things to make their holiday a great one.”

“We’re actually working with Prudence Crandall on another project under our umbrella; it’s called Resetting Your Crown, a program to empower women and lift their spirits and boost their self-esteem. So we’re going to be sponsoring two women from the Prudence Crandall Center each month and we’re going to do their hair and makeup,” said Goodwin. “So they’re really excited about partnering up with us.”

Jeweled is able to sponsor four more families so if you are a family in need or know such a family email info@jeweledhairlounge.com with contact information, gender and ages of the children.

Whatever extra items are left over, Jeweled plans to give to the public.