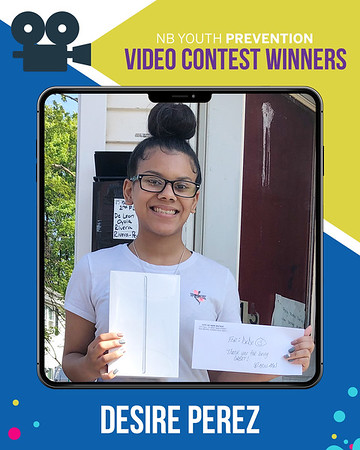 NEW BRITAIN ‚Äì The first attempt of the Local Prevention Council‚Äôs video contest to raise awareness about substance abuse prevention was successful and the council hopes to engage more youth in future activities.

‚ÄúIt‚Äôs hard with social distancing and not being able to see the kids. But it is what it is and we just have to start small and keep building the relationships,‚Äù said Omar McDew, youth advocate at New Britain Youth and Family Services. ‚ÄúBut despite the circumstances, we got video submissions where a lot of thought and effort went into them, and that was great to see.‚Äù

The video contest was created in lieu of the city‚Äôs annual prevention rally, which was canceled due to the COVID-19 pandemic. But to replace the physical rally, council members came up with the idea of hosting a video contest that the youth can submit through various social media platforms that will help both celebrate the week and raise awareness about substance abuse prevention. Topics included preventing prescription drugs and opioid misuse, underage drinking and alcohol misuse, illicit drug use and youth marijuana use, tobacco use and suicide prevention.

The contest and the submissions came together in just a few weeks and the council was happy to see the youth are willing to get involved. Recognizing that social distancing during the pandemic is a challenge, Mallory Deprey, the city‚Äôs director of Community Services, said she hopes the council can inspire more engagement in the future.

‚ÄúAs we continue working on youth prevention, we hope to have more youth engagement because this council was created for them and we‚Äôre here to help wherever we can,‚Äù she said.