Female officer at CCSU awarded $1.75 million in settlement with university over lawsuit alleging she was raped by another officer 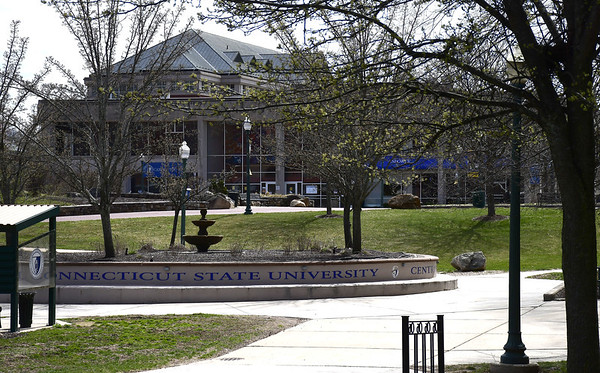 NEW BRITAIN -- A female police officer at Central Connecticut State University has received a $1.75 million settlement in a lawsuit against the school that alleged an “institutional failure” of the university “that resulted in repeated acts of unspeakable sexual violence by one CCSU police officer against another.”

The federal lawsuit alleges that the female officer was raped three times by Curtis Lollar, who was an officer at the time with the CCSU Police Department. Lollar was fired in September 2018.

A spokesperson for CCSU did not immediately return a request for comment Wednesday.

“We are satisfied with the outcome,” said Nina Pirrotti, of the Garrison, Levin-Epstein, Fitzgerald & Pirrotti law firm. “We think it’s reflective of the magnitude of the conduct.”

Pirrotti represented the complainant in the lawsuit, who has gone by Officer Jane Doe. Pirrotti said her client took an unpaid medical leave from the CCSU Police Department and has not returned.

“The unsung hero in all of this is our client, who had the courage to come forward and not give up until she was heard,” Pirrotti continued.

The lawsuit, filed in March 2019 in the United States District Court of Connecticut, alleges that the university hired officers with “red flags,” “chose to allow officers -- and their supervisors -- to routinely make sexually graphic comments in the workplace about the female students they were tasked to protect” and about the complainant and failed to protect the complainant from officers and supervisors who repeatedly touched her breasts and buttocks in the workplace.

According to the 40-page lawsuit, CCSU “did nothing to investigate her allegations” after the female officer initially reported to her lieutenant that she was raped by another officer. Instead, other officers and sergeants retaliated against her by delaying or failing to respond to her calls for back-up, “hyper-criticizing” her written reports and prohibiting her from riding with her partner, her only ally on the force, the lawsuit contends.

The female officer later reported the rapes again, this time to the university’s Office of Diversity and Equity. The investigator from that office harassed the complainant, defended her alleged rapist and unnecessarily subjected the female officer to two interviews in which the same questions were asked and answered, “thus forcing her to relive the rapes,” according to the federal lawsuit.

The lawsuit further contends that the complainant’s partner on the force, a male, described the university police department as a “good old boys” network. The 40-page lawsuit also alleges that officers regularly made sexual comments about female students, which included discussing what some of them were wearing that day, and openly discussed which women they wanted to “get with.”

Lollar, the lawsuit contends, was hired at the university despite a long disciplinary history with the Hartford Police Department -- from where he had retired before joining CCSU -- which included an arrest and a 56-day suspension.

Other officers would make comments about the complainant’s physical appearance and eventually two of them, including Lollar, “outright propositioned” her for sex while on duty.

Pirrotti -- who worked alongside fellow attorneys Joshua Goodbaum and Elisabeth Lee on the case -- said Wednesday her client wanted to pursue justice for herself and leave the university a better place. Pirrotti said she hopes this inspires CCSU and other universities to more closely monitor its departments and put stronger protocols in place to maximize the chances of this not happening to someone else.

“In my mind she’s the true hero in all of this,” Pirrotti said.