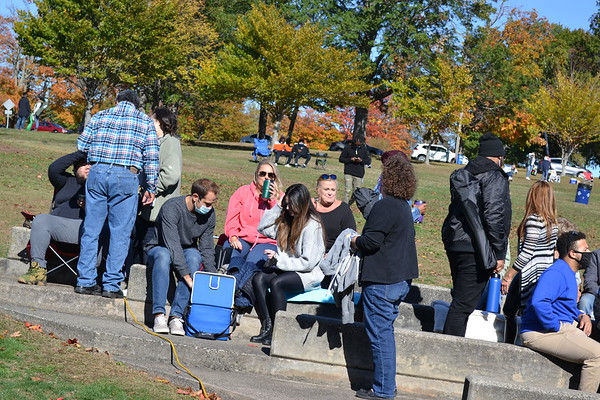 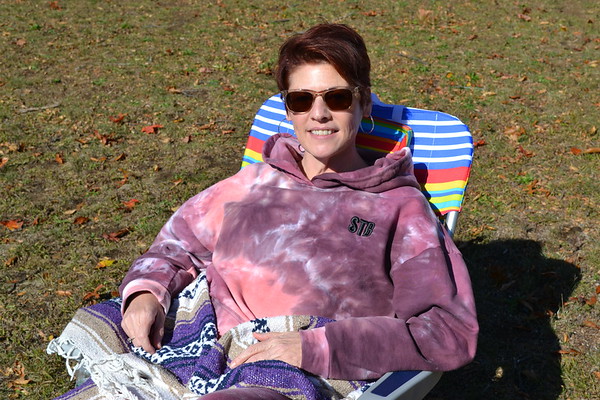 NEW BRITAIN -- A crisp, sunny day made for a pleasant afternoon to enjoy free music Saturday.

Though most fairs and festivals have been canceled because of the covid-19 pandemic, a music festival at Walnut Hill Park was able to go on with the strict use of masks and social distancing. Music fans brought lawn chairs and dressed warm for the Walnut Hill Music Experience -- a five-hour, free music festival.

Earl Mason, from Bristol, was with a group of family and friends. They eagerly awaited the first ever live performance by Mason’s son, Tyler, who goes by the name Tmase as an artist.

Though he had not performed live prior to Saturday, Mason said his son has recorded music that can be found on all the major streaming platforms like iTunes and Spotify.

“He’s been rapping since he was 5 years old,” Mason said.

Mason added that he liked the setup of the festival.

The festival drew a number of vendors, as well as a food truck.

Libby McGloin and Lori Harris set up very early on in the afternoon atop the hill, looking down on the shell that surrounds the stage.

“I’ve been coming to this park for music my whole life,” McGloin said.

McGloin very often visits during the summer concert series. She and Harris work at a group home where, during the summer, the concerts serve as great events to take the residents out for a nice time.

“They get a pretty good turnout most weeks,” McGloin said.

McGloin and Harris on Saturday visited during their free time to hang out with friends.

“Just to listen to some music,” Harris said, who added that she liked that there was a music festival in the fall, when it’s cooler outside.