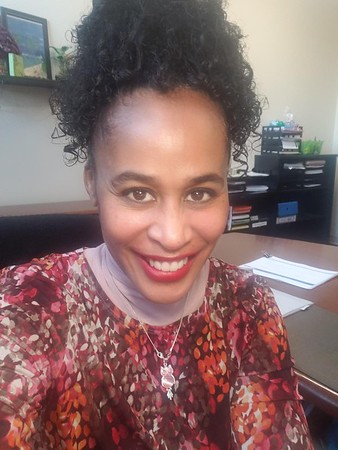 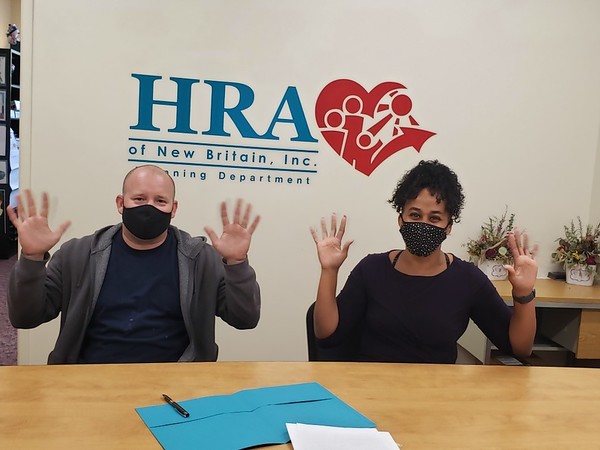 NEW BRITAIN- The Human Resources Agency of New Britain, Inc. (HRA) did not let the pandemic stop them from adding new leadership roles within the organization, which included Marlo Greponne the first female Latina Executive Director in the agency’s long history.

“I can’t be more grateful, I can’t be more thrilled,” said Marlo Greponne, MS CFRE and Executive Director at HRA. “This is like a dream to me because I know that by sitting in this seat I have the influence to help the next person, the next Marlo out there. And that’s what I’m here to do.”

Greponne said it was a lot of stress working as Director of Planning, and also pursuing the Executive Director position, but overall she had a great first week on the job.

“I had never been through a full executive search process; I had explored other opportunities because I was certainly ready to take the step, but I hadn’t made it through all the way to the end of those processes so this was a pretty complicated process. I was interviewed seven times, there were many different layers to the interviews, different people involved and in addition there was that little pesky thing called a pandemic happening in the background,” explained Greponne. “But I am a woman of faith so you know God gave me the peace I needed throughout the entire time period and I still have it with me so that I can take on the job now.”

“I worked the Directing of Planning position to the very last moment last Friday,” said Greponne. “In fact on Friday I was wearing two hats because there were some things that came up that I needed to address wearing the Executive Director hat even though I was the unofficial at the time.”

Greponne did mention that the organization had a fantastic interim in place named Richard Knoll.

“There was no learning curve he had full knowledge of what it took to operate a community action agency because he was formerly an Executive Director himself,” said Greponne. “Only the pandemic hit him and us right when he first started.”

As the Executive Director Greponne will oversee the entire organization and facilitate the opportunities that will allow the eight directors of her management team to work together and leverage funds obtained from federal, state, local and private sources.

“All the activities HRA facilitates go towards our mission to address the causes and conditions of poverty to improve the quality of life for people in the communities that we serve,” said Greponne. “I am the person that orchestrates, encourages, removes the barriers that might occur for the managers to be able to do their work, I’m the problem solver.”

Greponne started at HRA in 1997 as a bilingual parent aid.

“Myself being a parent I was a good choice for it because they were looking for a person who can gain trust from the other members of the community who were Spanish speaking,” Greponne said. “And my daughter was a student in the head Start program; she is going to be 28 next March.”

About a year later Greponne become a Family Service Worker working with families to help them access services, complete applications for Department of Social Services, Food Stamps, Housing Authority etc or helping them to connect to parenting education resources. Then in 2000 she became the Parent Involvement Coordinator.

“That was my first opportunity to provide services to families, as well as, coordinating with people on the outside,” Greponne said. “At that point I was able to connect with community partners. Many of them in the area know me very well now because I collaborated with many of them like the YWCA, OIC, The Boys & Girls Club and the City of New Britain.”

In 2004 after obtaining her bachelor’s degree from Springfield College School of Human Services she became the Executive Assistant.

“Moving into the administrative level in the agency helped me to see that there was so much more to what HRA does outside of the Head Start program in and of itself. There I was able to learn about the case management services, energy assistance services, health and wellness program services for people with HIV, and the elderly programming and service. So all of that exposure to the different aspects of what the agency did began to interest me fully in just focusing on human services as my career of choice for life,” said Greponne.

In 2007, after completing her master’s degree, Greponne became the Director of Planning.

“I was a perfect candidate because my focus at Springfield College in the Masters Program was Organizational Development and Leadership. So I had an opportunity there to learn all about writing grants and developing programs and models,” Greponne said. “As Director of Planning I was able to run really the entire gamete of what is necessary in order to build up, strengthen, improve and enhance throughout the organization. I had the best opportunities that you can ever imagine. To work with community partners to develop programs, to raise funds, to see them implemented, to watch them grow like the New Britain Food and Resource Center for example which is the result of a full on collaboration.”

In addition to Greponne there were also two board members who had moved up in position Francisco Santiago, President and Tim Camerl, Vice President.

Greponne did share that she was heartbroken the pandemic is preventing her from doing things to the level that she would love.

“I’m a very communicative, open and very present leader so for me a celebration of having the new leadership within the organization which also includes Francisco and both of us being the 1st Latinos to lead the organization on both of our fronts,” said Greponne. “That’s also important given that 60-70% of the people we serve are Hispanic in the community. It’s a really big deal and it’s something we would have wanted to share with the community in some form of celebration. My preferred form of celebration would have been a wonderful family cookout where we come together, eat good food, relax, enjoy, greet and connect.”

The Human Resources Agency of New Britain, Inc. (aka HRA) is a Community Action Agency which has always worked hard to help those who are less fortunate find resources and become independent through our services. We offer early childhood education, financial services, employment assistance, energy assistance, and emergency services (such as food).